Remington only manufactured an estimate 5,000 Keene magazine rifles (in all configurations) between 1880 and 1883. Production was limited due to competition with the Winchester-Hotchkiss rifles. This model was the first magazine fed rifle produced in quantity by Remington, and the rifles saw considerable use on the western frontier, that combined with their extremely low production rate, makes good solid examples in high end condition very desirable. The U.S. military tested the rifle but did not adopt it. Although this military example lacks standard U.S. martial markings of the period, "406 C8" stamped on the buttstock (left side) suggests that this rifle was delivered to the U.S. military for trials. The 29 1/4 inch barrel also suggests that the rifle is one of the 250 units delivered to the U.S. Navy which were believed to have been issued to the Marine Corps for testing in 1880. The Army received rifles with 32 1/2 inch barrels. With the exception of the aforementioned stock number, the rifle lacks markings.

Fine. The rifle retains 40% original blue finish with the balance a mottled brown-gray patina. The stock is very good with a crack at the wrist and some minor pressure dents, gouges and scratches. Mechanically excellent. 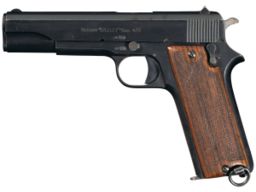 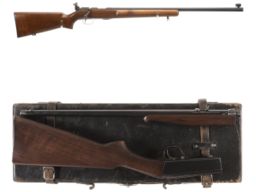 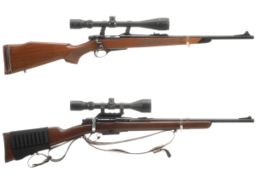 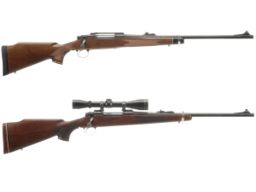 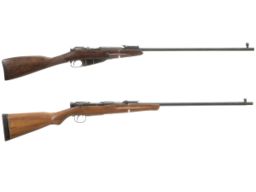 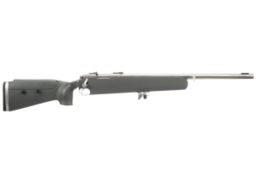