This is a very rare example of an early WWII Schmeisser MP41 submachine gun that was manufactured by the C.G. Haenel company. This model is a very close derivative of the more famous and widely used MP38/40 submachine gun. Although the MP38, 40 and 41 SMGs are based on the "Hugo Schmeisser" patents the MP41 was actually the only German submachine of those variations that he was directly involved in. In this model he actually combined the upper part of the MP40 SMG with the lower part of his earlier designed MP28. The most notable feature of the M.P.41 is the one-piece walnut buttstock, solid milled trigger guard and the redesigned barrel nut and receiver cap. This model was never officially adopted by the German Army nor any other branch of the German military, however it was widely used by numerous German allies. It is a very solid and robust SMG and although not as compact as an MP40, it certainly has a far more solid/rigid feel to the weapon, due to the walnut stock. It also used over 50% of the same parts as the M.P.40. The top of the receiver is marked "M.P.41/PATENT SCHMEISSER/C.G. HAENEL, SUHL" and the front end is stamped with serial number "26600" with a double "Eagle/37" and "WaA444" Waffenamt proofs. The matching serial number "26600" is also stamped on the left side of the barrel with the underside stamped "Eagle/37" followed by "2480B" which is probably a barrel steel code. It comes with one correct, original stick magazine that is marked "M.P.41/Patent Schmeisser/Haenel".

Very fine with 85% of the blue finish overall with edge and high spot wear with thinning on top of the receiver and front end of the receiver tube where it shows some light rust between the sling ring and receiver, mixed with some minor rust/pitting on the underside. The buttstock is in fine condition showing minor light scratches and handling marks on both sides with a slight age crack in the very rear toe area. A very rare example of an WWII German M.P.41 SMG. NNOTE: This item is restricted as a National Firearms Act (NFA), fully transferable Class 3, which is registered with the Bureau of Alcohol, Tobacco, Firearms and Explosives, (BATFE) that is classified as a "Curios or Relic" as defined in 27 CFR, 478.11. These weapons are still subject to the provisions of 18 U.S.C. Chapter 44 and 27 CFR part 478. 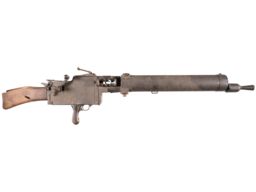 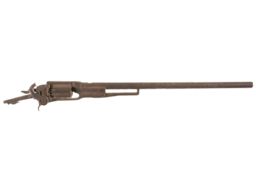 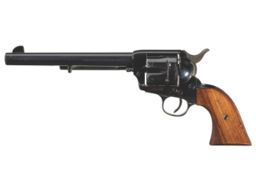 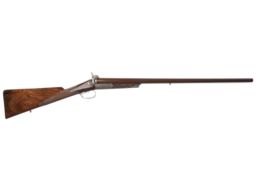 Lot #381: Relief Engraved C. Galoppin Side by Side Pinfire Shotgun 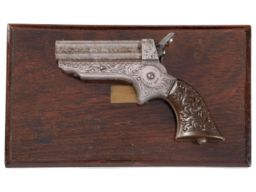 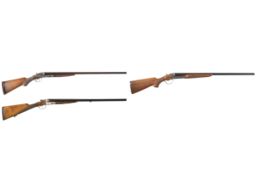