Developed in the early 20th century, the 1915 Bolo Bayonet was one of the U.S. Army's attempts at a hybrid weapon that could reduce the loadout an individual soldier had to carry into the field. Intended for use in jungle environments, the bolo could serve as both a bayonet and a brush clearing tool. Though the daylight bayonet charge was becoming a thing of the past, observers of WW I and the Russo-Japanese War noted the rise of the night attack and its resultant brutal hand-to-hand combat; the determination was made that a bayonet should be a fighting weapon and nothing more, and all the odd ducks and promising experiments were pulled from the field. Either destroyed or discarded as surplus, it is believed that only about fifty 1915 bolos remain. 20 1/2 inches overall, with a 15 1/2 inch blade dated "1916" on the left ricasso and marked "US/3894" on the right. Wood grips, with an "eagle beak" pommel and standard 1905-style locking hardware. Provenance: Bruce Canfield collection.

Fair. Scattered mild pitting is present on the steel components, with a mixed gray tone to the blade and mixed brown on the hilt. The grip scales appear to be replacements taken from a standard 1903 Rifle bayonet, not completely following the contour of the grip, with some light dents. A scarce experimental American edged weapon. 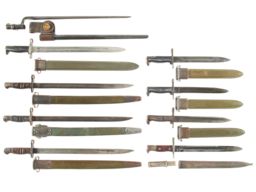 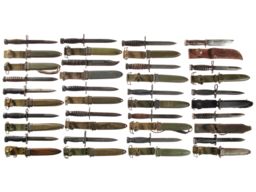 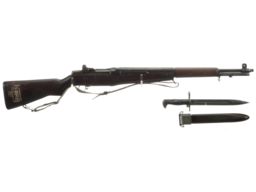 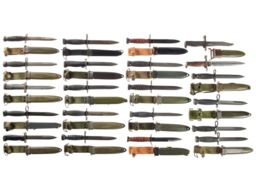 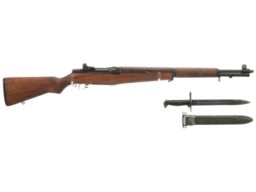 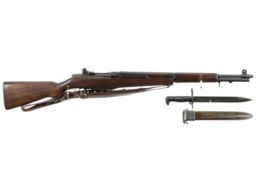