Fair overall (as is appropriate for this historic rifle) with dark brown patina and moderate pitting and oxidation on the iron throughout, various cracks and repairs along the stock including a large splice at the toe and spliced around the barrel tang, and various scrapes, dents, and wear spots. Mechanically fine (set trigger first). As Dr. Maki notes in the Muzzle Blast article, "It isn't often that we can document a piece of history going back over 170 years with photographic evidence, but in the case of this particular long rifle we have a considerable amount of information doing just that. Seth Kinman was arguably one of our last true mountain men. . ." This rifle is a wonderful representation of the rough and tumble character Kinman both was and portrayed. 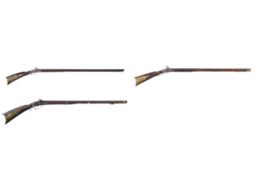 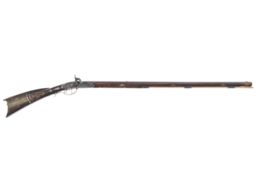 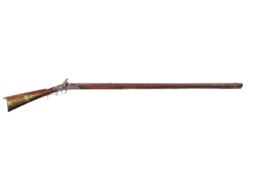 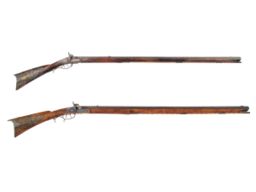 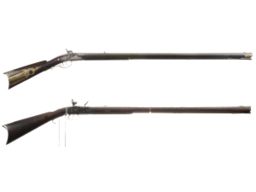 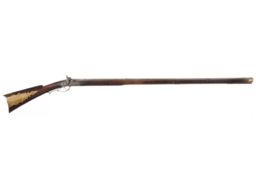