Manufactured in 1903, this 1899, 31078, stands as the finest documented and known example extant. It is an absolute masterpiece showcasing the talents and vision of Savage Master Engraver Enoch Tue. A Monarch Grade Savage Model 1899 rifle was owned by each Dodge brother, Horace and John, founders of Dodge Brothers Motor Company. A relatively limited number of monarch grade Model 1899s were produced from 1900 to 1916 and are credited to English engraver Enoch Tue. Tue apprenticed with London gunmakers and was Savage's master engraver in the early 20th century. Examples of Tue's works for Savage are pictured and described in R.L. Wilson's "Steel Canvas" on pages 234-235, and the similarities to this rifle are striking. The accompanying factory letter lists this rifle with a 26 inch barrel in .303 Savage when it was received in the warehouse on February 25, 1902, and forwarded to Savage engraver Enoch Tue on January 19, 1904. The letter further states that the rifle has factory "Fancy grade engraving and Fancy grade checkering with Pistol Grip Stock." Profuse scrollwork on a stippled background is featured on the frame and buttplate. In addition to the scrollwork, various game animal panel scenes are engraved on the frame in varying depths of relief. These scenes include bull and cow moose on the right, bull and cow elk on the left, three bighorn sheep on the underside, and a tiger on the angle flat of the left side at the top. The upper tang has a menacing gold inlaid wolf head, the would-be predator to the prey depicted on this rifle. A finely detailed bead border surrounds each scene. The color casehardened lever is chiseled with acanthus leaf motifs on a stippled background, and engraved leaves decorate the lower tang. The sides of the finely checkered trigger are stippled. The top of the bolt is stippled with additional leaf motif at the rear. The sides of the bolt are jeweled. The serial number on the underside of the frame is flush gold inlaid. Engraved accents with a gold inlaid band are featured on the barrel at the breech. The engraved screw heads and safety are plated in gold. The rifle lacks maker and caliber markings. The matted solid rib is equipped with dovetailed blade front and fixed notch rear sights. The deluxe grain walnut forearm and pistol grip stock feature fine fancy checkering with scalloped borders and finely carved scrolls. Relief carved floral scrollwork is featured on the stock flats. The bottom of the pistol grip has a handsomely appointed mother of pearl inlaid shield. This rifle was ordered new by Nathaniel Cushing Nash of Boston Massachusetts. One could consider the Nash family pioneers in the field of American fine arms collecting, and over several generations of "Nathaniel Cushing Nash" (a name passed down well into the 1950s when the collection or major parts of it were sold to noted collector/dealer Eric Vaule) had an insatiable appetite to procure and commission English and American best quality guns from the likes of: Holland & Holland, Westley Richards, Smith & Wesson, Colt and of course Savage (two other Savage 1899s were part of the collection see above reference "Steel Canvas").

This writer has had the privilege of handling some incredibly fine, rare, historic, engraved and inlaid American fine arms, specifically of late from the likes of the Robert M. Lee Collection, the Mac McCroskie Collection and Robert Bretherton Collection to name a few. It is in my opinion there is no such thing as a "perfect gun". Collectors will always find some points almost no matter what: a scratch, scuff or ding. Perhaps said gun could be in a more desirable configuration: 38-40 not 44-40, half mag vs full mag, musket vs. rifle, round vs. octagon barrel. This Savage, 31.078, has changed my mind. Pound for pound I feel it is perhaps the finest single firearm we at RIAC have had the privileged to handle. From the muzzle to the toe of the buttplate this rifle is not only near mint but spectacular and tastefully appointed. It is as handsome as it is new, and as well pedigreed as it is rare. The rifle retains 98% plus original blue finish with the most delicate of storage type wear. The wood is also excellent showing a few minor handling marks and crisp checkering and carving. Mechanically excellent. The finest Monarch Grade Savage Model 1899 that transcends the firearm collecting fraternity. Do not miss your opportunity to acquire a true work of firearm art and the best of the best. Provenance: The Nathaniel Cushing Nash Collection; The Robert M. Lee Collection. 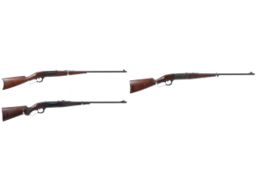 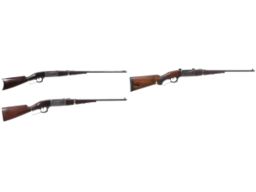 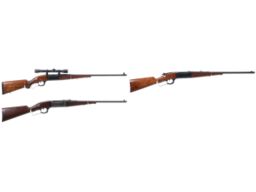 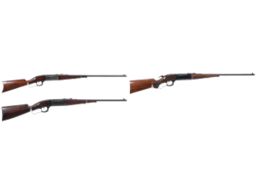 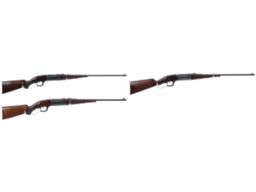 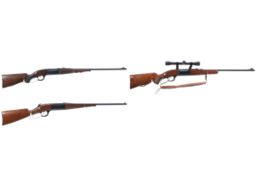