Designed to replace the M4 Sherman, M26 Pershing and M46 Patton tank classes, the M47 Patton, or Patton II, was an interim main battle tank for U.S. and NATO forces during the early years of the Cold War and represented America’s first all new tank system developed since World War II. It was replaced by the M48 Patton III in the late 1950s. Over 8,500 M47s were manufactured between Detroit Tank Arsenal and American Locomotive Company from 1951 to 1953 and used by some 21 nations. Although never engaged in combat with U.S. military forces, the M47 did see combat with foreign nations in Europe, Asia, and the Middle East and fared well against Soviet armor. During the Indo-Pakistani War of 1965, the Pakistanis had 400 M47s in service and the tank was retired in the early 2000s. The M47 can still be found in reserve with a few armies around the world. This example came out of the Spanish Army in the 1980s and was imported to the United States in the late 1980s. Only a few M47s remain in the U.S. and are becoming scarce worldwide. It is fitted with an M36 90 mm gun mounted in a large cast turret and a Continental AV-1790 12 cylinder air cooled turbo charged 810 hp gas engine. The tank features a paint scheme similarly used by American armor in Europe during the early years of the Cold War and is affectionately named “Sally.” The vehicle is kitted out with radio, fuel cans, spare road wheels, and display shell. Consignor research is included.

The tank runs and drives well. The paint is very good, and the interior shows some age. The drive sprocket, mufflers, fender/sheet metal, road wheels and tracks are very good. The main gun is demilled. The optics will need to be replaced. As the backbone of American armor during the early Cold War and only a few in the U.S., this M47 will be a great addition to a vehicle collection for the serious collector. 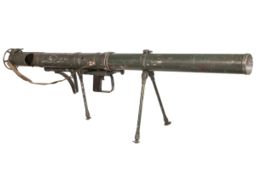 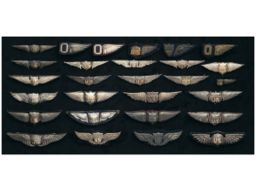 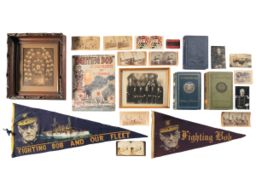 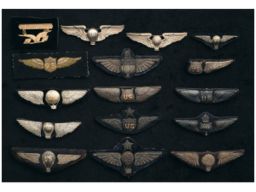 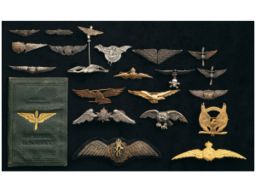 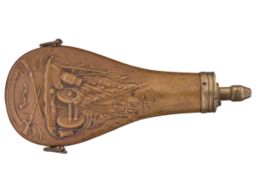