Joseph Brazier received British patent 760 for his loading lever design in 1855 and manufactured Adams revolvers under license with his rather complex loading levers attached in Wolverhampton, Staffordshire. The highest known serial number on one of his loading levers is 900. The revolver also has intricate gold plating and gold koftgari/Indian damascene patterns covering most of the surfaces, flourishes of European style scrollwork engraving, blade and notch sights, "JOSEPH BRAZIER'S PATENT No. 441" on the loading lever, "WILKINSON & SON 27 PALL MALL LONDON" on the top strap, London proofmarks, "B8553" over an unclear "ADAMS PATENT No. [?????}" on the right side of the frame, and a finely checkered grip. The scrollwork was likely originally engraved while the gun was in England, and the gold work was most likely decorated in India and may have been taken there by a British officer. The patterns are very similar to those on a set of Colts from the same period that came out of India and reside in the NRA National Firearms Museum. The patterns are similar enough to suggest they might have been done by the same artisan. Import marking on left side of grip strap.

Very fine with 95% plus of the elaborately applied Damascene gold and blackened finish, some minor flaking, and light overall wear. The grip is also very fine and has crisp checkering and collector type storage marks. Mechanically excellent. This is an amazing piece and very well may have been owned by an Indian noblemen, high ranking British officer, or other dignitary. 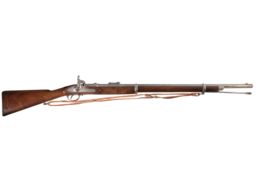 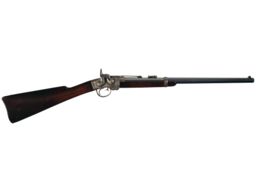 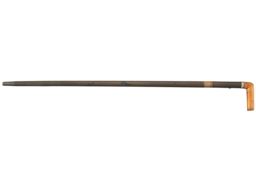 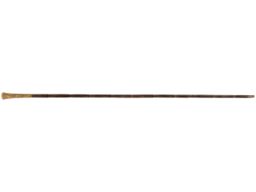 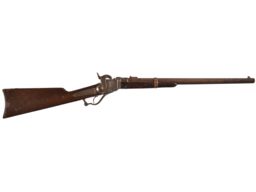 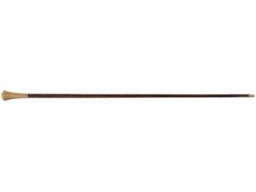