The included FN America Certificate of Provenance identifies the shotgun by model and serial number, stating that is was previously a part of the Winchester Factory Collection where it was maintained by U.S. Repeating Arms. Wingo was an experimental indoor wing shooting event developed in the early 1970s by the Winchester-Western division of Olin Corp. the only Wingo facility built was in 1971 in San Diego, California and operated for less than a year. Wingo was a game where opposing teams would shoot at launched 4 inch diameter ice balls fired from five ports towards the firing team, the non-firing team could control which port the ball fired from, and even the speed of the ball up to a reported 30 MPH. The guns were tethered to the shooting bench and wired for an internal microphone that would register when it was fired (necessary for automated scoring). Martini style single shot lever actions firing a proprietary 5 mm shot shell. The shotgun has "WINGO" markings on both sides of the receiver. British "BNP" proofs are present with "MADE IN ENGLAND" on the barrel. Smooth forearm and stock with serrated buttplate. Consecutively serial numbered to lot 3881. It is estimated that less than 20 Wingo guns were manufactured.

Excellent, retains 95% original blue finish with the lever and trigger guard turned to a plum and a few patches of minor oxidation. The wood is very good with moderate chipping and a strip of tape on the forearm, otherwise minor handling marks. Still with factory grease. 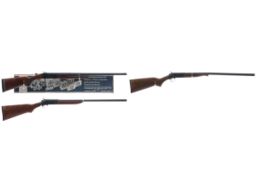 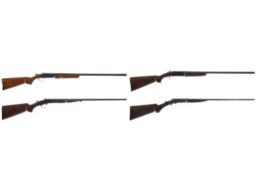 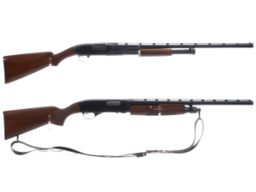 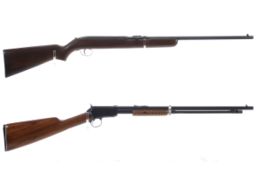 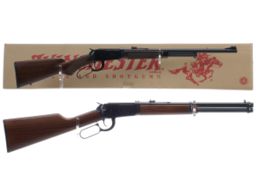 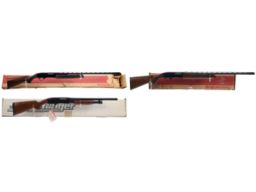