This revolver with factory letter is confirmed as having a 2 inch barrel in .38 caliber, blue finish, pearl grips and Grade "B" factory engraving when shipped to Abercrombie & Fitch Co., New York City on July 17, 1939. The factory Grade "B" engraving consists of foliate arabesque patterns on a fine punch dot background. Experts have estimated that only two Colt Detective Special revolvers were factory engraved prior to World War II. The back strap is inscribed "RUDY ETCHEN." Fitted with factory silver Rampant Colt medallion pearl grips. Purportedly, this revolver received the back strap inscription in San Antonio prior to its presentation by famed Winchester exhibition shooting team Ad and Plinky Topperwein to famed target shooter Frederick Rudolph Etchen (1884-1961). The presentation occurred around the time Etchen won his fourth North American Trap Shooting Championship. Etchen was a highly accomplished sports shooter, winner of 31 Grand American Trophies. He was captain of the 1924 U.S. Olympic trapshooting team that won the gold medal in the team clay pigeons competition and won the 1924 British Open Trapshoot with a perfect score of 200 and the 1926 World Championship at Live Bird Shooting. During World War II, he served as a gunnery training instructor, and after the war founded his own shooting school. In 1946 he published the book "Commonsense Shotgun Shooting," which is included. 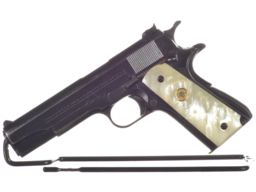 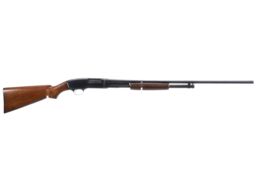 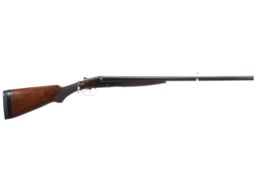 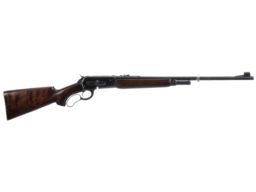 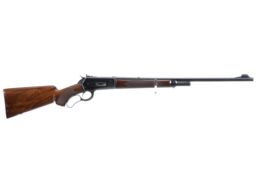