This is an excellent example of an all original U.S. Army contract M16A1 rifle as used by the U.S. military in Vietnam until approximately 1984 when the U.S. Military officially adopted the M16A2 rifle. This rifle was produced by the Harrington and Richardson Inc., who was one of three companies that actually had military contracts to produce M16 rifles for the U.S. Military during Vietnam, with Colt and General Motors being the other two. This is a mid-production H&R contract rifle, as the serial numbers started at 2 million, and it is equipped with the closed birdcage flash hider, the tear drop forward assist, the triangular shaped handguards and two-position flip rear sight but still has the early style buttstock with no trapdoor. The left side of the magazine well is marked with the circular H&R logo of a "Standing Lion over H&R" trademark, over "PROPERTY/OF U.S. GOVT/M16A1/CAL. 5.56MM" over the serial number. Farther back over the trigger/safety lever area it is marked "HARRINGTON & RICHARDSON/WORCESTER, MASS/U.S.A" and it has the correct "SAFE", SEMI" and "AUTO" markings. It has the correct full-auto bolt carrier and the bolt body and right side of the barrel (between the legs of the front sight base) are both correctly marked "MP" indicating it passed the magnetic particle inspection after proof firing. It has the earlier style plastic buttstock, pistol grip and handguards.

Excellent with 99% of the original factory anodized finish overall, with the bore dry tube still in place. The plastic components are all in excellent condition. NOTE: This weapon is a National Firearms Act (NFA), fully transferable Class 3, which is registered with the Bureau of Alcohol, Tobacco, Firearms and Explosives, (BATFE) under the provisions of 18 U.S.C. Chapter 44 and 27 CFR part 478. 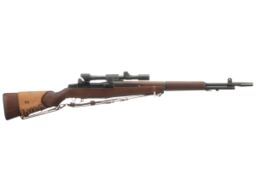 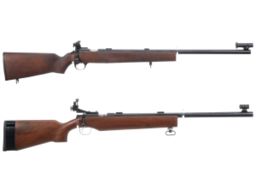 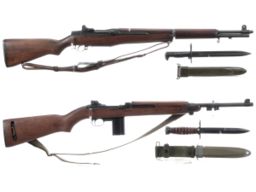 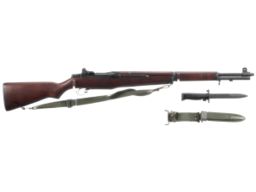 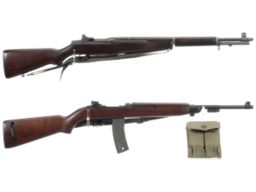 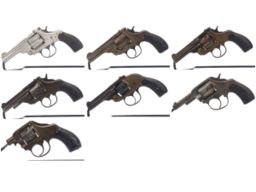