Extremely Scarce Multi-Material Waffen-SS "Blurred Edge" Camouflage Uniform Grouping, as Pictured and Described in the Book "Uniforms of the Waffen-SS"

Extremely Scarce Multi-Material Waffen-SS "Blurred Edge" Camouflage Uniform Grouping, as Pictured and Described in the Book "Uniforms of the Waffen-SS"

Produced at an unknown date and in very limited quantities, uniforms in this style were never a full production item, and are speculated to have been a one-off, custom production using materials left over from Waffen-SS camouflage printing experiments. The pattern, "blurred edge", was very effective in producing irregular shapes via machine methods, but took a number of production steps, leading to its replacement with the simplified "oak leaf" pattern in 1943. The tunic in this set is constructed in the four-pocket configuration, with integral load bearing gear and shoulder board straps, and wool construction; records suggest that wool was never a production option in blurred edge, having been found to be too difficult to produce. The printing is double sided, with a predominately green "spring" pattern on the exterior and mainly brown "autumn" pattern on the interior, though the hardware installation does not permit reversible wear. Another feature setting it apart is the multi-material, "patchwork" construction, with denser, felt-like material in matching pattern applied at high stress points like the elbows, underside of the forearms, waist and shoulders, all areas that would be subjected to greater wear and tear while in a combat load or moving in the field. Very similar tunics have been seen in photographs of high ranking Waffen-SS officers, such as Kurt Meyer (aka "Panzer Meyer") of the SS Division Hitlerjugend, who was photographed wearing a very similar uniform in Normandy during the lead-up to D-Day; even with black and white photography, the tonal differences between the denser reinforcement and the surrounding materials stand out. Wilhelm Mohnke, commander of the 26th Panzergrenadier Regiment of the 12th SS Panzer Division at Normandy was reportedly filmed wearing the same pattern jacket while distributing awards following the Allied invasion. The trousers are of rayon, though bearing the same pattern on interior and exterior, and reinforce in similar ways, with extra material on the posterior and on the knees. Neither item shows identifying markings, and they were likely custom tailored for a specific end user. The grouping merits four pages (922-925) of text and photos in Volume Three of Michael Beaver's "Uniforms of the Waffen-SS", with multiple interior and exterior photos of the grouping, and a picture of Brigadefuehrer Meyer for comparison. An additional photo of Meyer in his uniform can be seen on page 921 of the same text.

Very good overall. The tunic shows some repaired holes in the rear, particularly in the belt region (some of these repairs are also visible in the published pictures of the group), and mild wear and handling marks are visible overall. 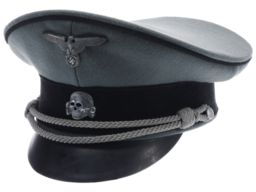 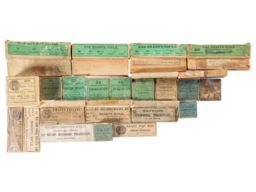 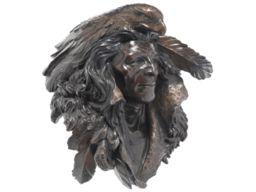 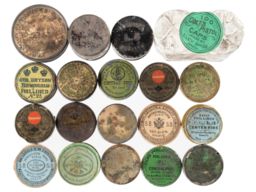 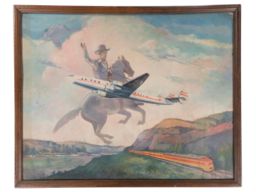 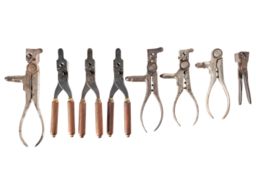