The most obvious difference between this rifle and a standard Remington-Keene is the "disc magazine" ahead of the loading port that aids in loading protective disks between the cartridges to prevent accidental discharge of cartridges within the tube magazine under the barrel. Ammunition in tubular magazines reportedly occasionally went off when bullets struck the primer of the cartridges ahead of them due to recoil or drops, particularly if the cartridges had rather sensitive primers. The discs are manually fed between cartridges using a plunger that operates essentially the same as the manual ejectors on many revolvers. The outer body of the magazine turns to the right to lock the plunger in the rear. When the rifle is being operated, the device returns the disks to the "magazine" for future use using the modified lifter. One of these disks is included. These concerns were largely alleviated by the more widespread adoption of box magazines fed rifles like the contemporary Remington-Lee, but tubular magazines were then very popular for repeating rifles and had been since their introduction. An included letter from collector R. Bruce McDowell in 1988 explains the operation and indicates he purchased it "at the Forks of the Delaware Antique Arms Collectors show in Allentown, Pennsylvania, from an old time collector who is not liquidating his entire collection. I was told by him that this particular gun came from the Remington Arms Co. museum and was sold at the time they liquidated a good part of their pieces. Another party told me that he saw such a gun in the Remington museum, but when I contacted the Remington people, they could tell me nothing." Another interesting difference is that this rifle cocks upon closing the bolt whereas a standard Remington-Keene must be manually cocked. The magazine cut-off was removed/never installed. It also has no sights and appears to have always remained "in-the-white." However, it does have two tapped holes for a rear sight. The bolt has the standard three-line address and patent marking. Sling swivels are fitted to the forend cap and butt.

Fine overall with mild age and storage related wear on the unfinished, in-the-white metal such as some minor oxidation and pitting concentrated on the buttplate and some small dings and scratches on the stock. Mechanically fine. This is a very interesting piece of Remington design history and a rather ingenious solution to the risk of centerfire cartridges in tubular magazines. This rifle would definitely add interest and value to even the most advanced Remington collections. 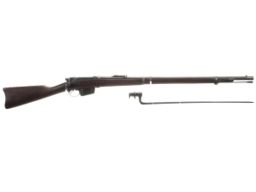 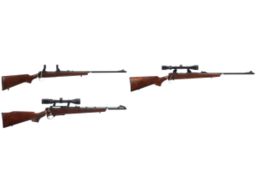 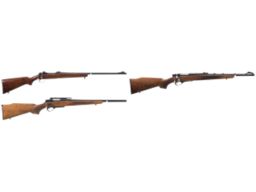 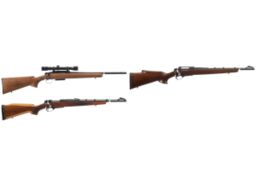 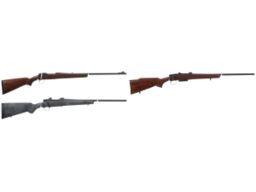 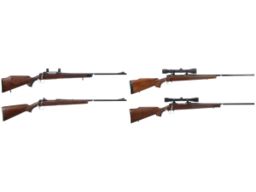