This is a very rare example of a late World War II Inland Division Presentation Grade M1 Carbine as manufactured by the General Motors Corp., serial number "XC32". During the initial stages of WWII at the start of production, the General Motors Inland Div. designated a specific block of M1 Carbine serial numbers that were intended to be used as experimental carbine receivers. At the end of the war, they decided to just utilize these "X" prefix serial number blocks for presentation type gifts for senior members of the military and executives within the General Motors Corporation. It is estimated that approximately 100 of the "XC" serial numbers were set aside, and only a handful of them were actually ever seen for sale with any example being highly sought by advanced collectors today. These carbines were all hand built from left over/select parts and wood to make sure they not only looked good but functioned equally as well. Unfortunately, we do not have any historical information on this specific carbine. The front receiver ring is marked "U.S. CARBINE/CAL. 30 M1", and under the rear sight, the early style, large serial number, "INLAND DIV/XC32". The barrel marked "INLAND MFG. DIV/GENERAL MOTORS/8-44" and has a single small "P" proof in front of the barrel band. It has a unmarked, second model barrel band without the bayonet lug, a late "IO" marked, round blued, bolt, a stamped, adjustable rear sight, late production "PI" marked operating slide, a late production M1 trigger housing with the sideways "INLAND" marking, and the correct "I-I" marked hammer. It also has an early unmarked push button safety and "M" marked magazine catch. It is fitted with the original Inland Division M1 carbine stock marked with an "HI" proof in the sling slot and a two rivet "IO" marked walnut handguard. This example correctly does not have any U.S. Government acceptance proofs as these were never accepted by the U.S. Army as they are non-standard Presentation M1 Carbines. Includes one 15 round blued "IA" marked magazine.

Excellent with 98% plus of the original WWII Inland Div. parkerized finish overall with a hint of edge wear from hand cycling and maybe light test firing. The markings are clear and sharp. The stock and handguard are also both in excellent condition with a nice matching medium brown oil finish overall showing no handling marks. It you ever wanted one of these rare "X" serial numbered carbine this would be the one! 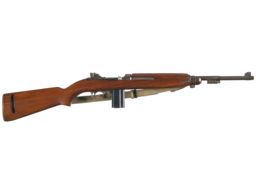 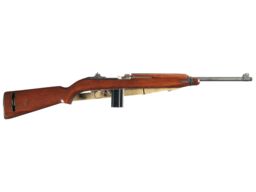 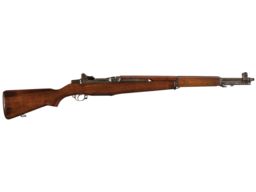 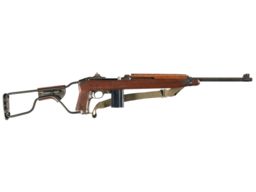 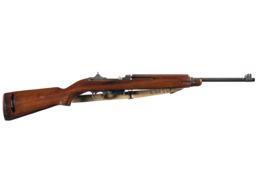 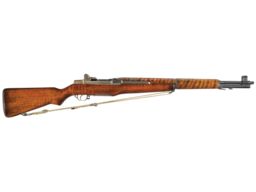