Introduced in 1964, the SVD was designed around the Soviet doctrine of the infantry sniper; as more and more infantrymen were equipped with submachine guns and assault rifles to meet the demands of close-quarters urban fighting, the loss in overall range was mitigated by issuing full-powered rifles to skilled marksmen permanently attached to infantry squads, who would engage threats outside the reach of the rest of the unit, in addition to thinning out targets of opportunity like officers, NCOs, radiomen, and the like. While NATO forces did not have a comparable unit through the Cold War, the Designated Marksman concept did come into its own during the War on Terror, with repurposed M14s, AR-10/AR-15 derivatives and similar rifles filling the niche. This particular example comes with a December 1974 dated capture paper for the Republic of Vietnam (note: the paper misidentifies the rifle as a SVT-40 Tokarev, but the serial number and caliber are matching) for an American major assigned to the National Police Field Force Advisory Team. Established in 1966, the NPFF was an elite paramilitary unit within the National Police, with close connections to both the Vietnamese Army and the American CIA. In addition to acting as an armed reserve, anti-riot force, and special weapons unit, the NPFF was a participant in the CIA's "Phoenix Program" against the Viet Cong, and fielded "Tactical Mobile Groups" in response to both the Tet Offensive and the Siege of An Loc. The exact circumstances of how the unnamed major acquired the rifle are unknown. Included with the papers are three patches, two bearing logos of the Army Military Police and the third the insignia of the 18th Military Police Brigade; the 18th Brigade was responsible for operational control of much of the Military Police establishment in Vietnam, distinguished themselves during Tet, and earned 14 campaign streamers. A set of iron-on insignia for the 18th is also included, along with a single lapel pin for an Army Major, a copy of an English language SVD manual and other papers. Hooded pin front and tangent rear sights, with the "arrow in triangle" arsenal mark over "1972" and the serial number on the underside of the receiver, with matching bolt carrier, bolt, hammer, safety sear, safety lever, gas cylinder, receiver cover and trigger housing. The trigger housing is also marked "CHE TAO TAI LIEN-XO" on the left side; notes from the consignor attribute this as a North Vietnamese designation for equipment supplied by the Soviet Union. Milled receiver, with integral scope rail on the left side. Smooth stock, with vented hand guard, thumbhole buttstock, tan canvas sling, clamp-on cheekpiece and a cupped buttplate. Included with the rifle is a 1966-dated "NCO-1" marked rifle scope with a rubber lens cap, sliding sunshield, and integral active infrared detection filter. At the front of the left side of the lower receiver and on the lower right side of the buttstock there are star-1 stampings. These star-1 marks are the North Vietnamese acceptance stamps.

Very fine overall, with 80% of the original matte black finish, showing areas of brown metal patina, edge wear and mild scuffing and handling marks. The stock shows wear and tear suggestive of active field use, with a number of scuffs, dents and chips. The scope body and mount show similar wear, with the illuminator untested and the optics clear. Mechanically excellent. If you desire to own one well documented Dragunov sniper rifle, here it is! 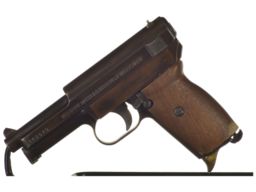 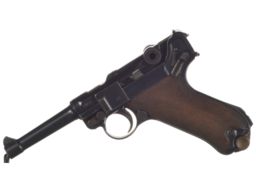 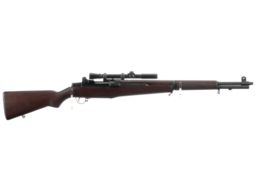 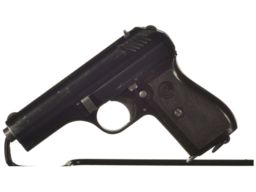 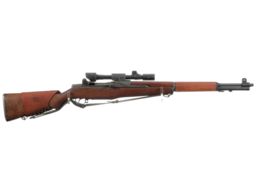 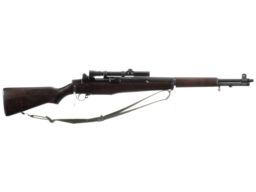