Extremely fine. The revolver retains 40% plus bright original blue finish, concentrated mainly on the bottom of the barrel, protected areas of the ejector housing, cylinder flutes and forward area of the trigger guard. There is a smooth brown patina on the balance. The frame shows half of the original case colors in the protected areas with a smooth brown patina on the balance. The grips are excellent with a very small chip on the right toe. The markings and engraving remain crisp and clear. The action is excellent. A piece of history that may not come to public auction again for many years, if ever again. Writer believes this to be the finest original documented Outlaw Colt Single Action Army revolver to be offered at auction! Provenance: The Gateway Collection. 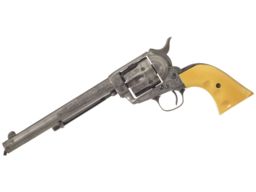 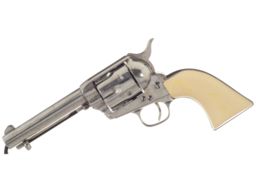 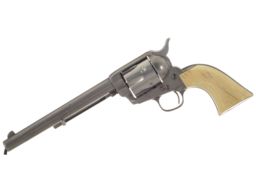 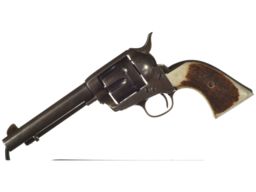 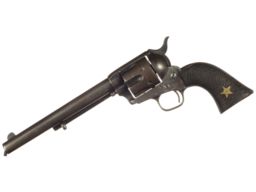 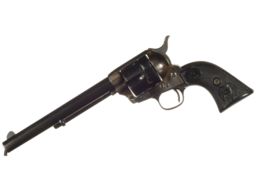