Exceptionally fine overall. The barrel and magazine tube retain 70% original blue finish with the balance thinning to a brown. 70% original niter blue remains on the loading gate. The receiver and buttplate retain strong amounts of aged darkened original silver plating in and around the protected areas with the exposed brass having a very attractive honey appearance and tight fitting side plates. The engraving is crisp. The right side of the wrist has been repaired years ago, otherwise the forearm and stock are both very fine and show a few typical hairline age cracks, some minor handling marks and a very pleasing mellow appearance. The extraordinary raised relief carving is crisp. Mechanically excellent. An incredible and rare opportunity to own a world class, well-documented, and iconic crown jewel in Winchester collecting. This extraordinary Winchester Model 1866 saddle ring carbine will be the cornerstone to any private or public collection. It does not get much better than this! 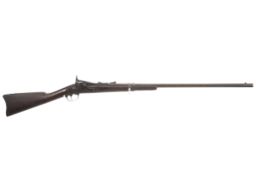 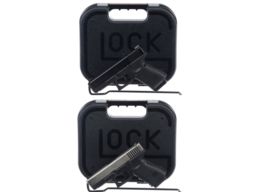 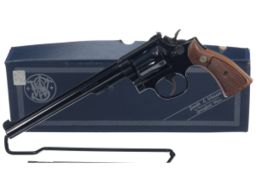 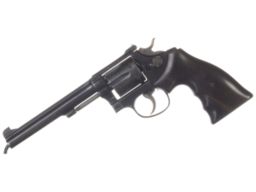 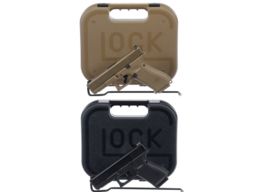 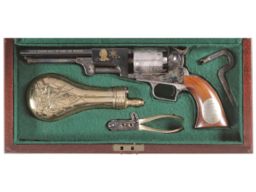