The accompanying factory letter states this shotgun was received in the warehouse on April 13, 1891 and shipped on May 5, 1891 with a 32 inch, 12 gauge barrel. The barrel was cut-down and has an oval "WP" proof on the left at the breech. The frame has the "WRACO" monogram on the left. The semi-pistol grip stock and forearm are smooth, and it is fitted with a checkered steel buttplate. This model was designed by John Moses Browning at the request of management at Winchester and became popular in the West. Double barrel shotguns had long been popular with stage coach and railway guards and others, but the Model 1887 offered more fire power. In the letter with the previous lot, also from the John Fox collection, a sawed-off shotgun is mentioned as belonging to either Jackson Lee "Diamondfield Jack" Davis or the brother of letter's author who was a deputy. The wording is unclear but this may be the shotgun referenced. The letter is from "George" to "Bill Isaccs" of Ely, Nevada, and notes that George worked with Diamondfield Jack in the minefields in the early 20th century.

Fine with traces of original case colors on the action, attractive Western charm by way of mottled gray and brown patina overall as you would expect from a shotgun used in the mining fields, some minor oxidation/pitting, and general mild wear on the metal and wood including some dings and scratches. Mechanically fine. This is a classic early repeating shotgun with a lot of character that may have been used by a braggard nearly hung for his actions and his loud mouth in the West. Provenance: The John Fox Collection. 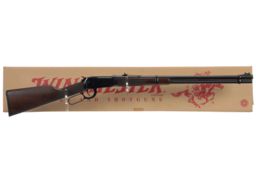 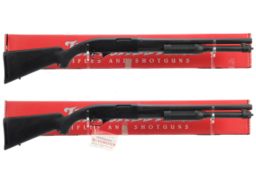 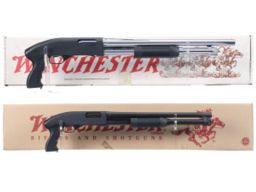 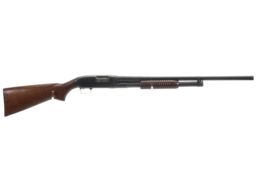 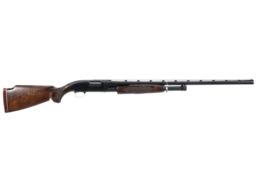 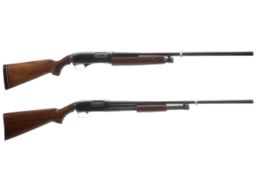