The U.S. government accepted just 26 of these Model 1835 12-Pounder Howitzers in 1837-1838. Of those, Cyrus Alger & Co. produced 19, and this one is number 1! They are much rarer than the similar but heavier Model 1841 that followed. Both models saw use in the Mexican-American War. They are designed to be light and mobile artillery suitable for Samuel Ringgold's flying artillery tactics. Ringgold died from a mortal wound from a cannon ball at the Battle of Palo Alto and was the first U.S. officer killed in the war. Technically he died before the U.S. had even formally declared war. The battle was largely won thanks to superior American artillery. It has a post front sight, "1837" on the left trunnion, "CA & Co" on the right trunnion, blind holes in the center of the trunnions, "US" on top between the trunnions, a three digit number starting with "2" on the base ring, 1/706/GT" (number 1, 706 lbs. weight, and inspector George Talcott) above the knob, and a professionally built carriage. 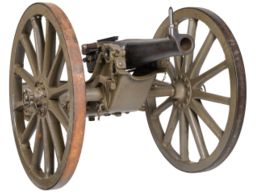 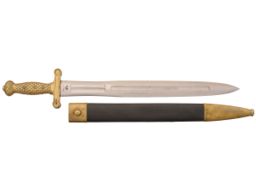 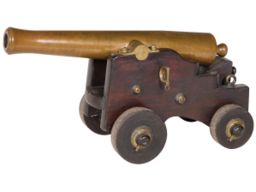 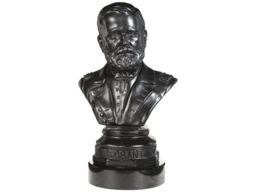 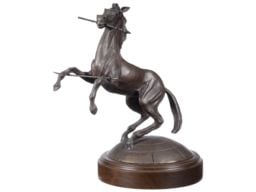 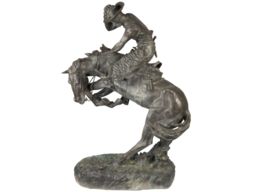 Lot #3104: Large Copy of "The Rattlesnake" Bronze by Frederich Remington