The gun is marked "IS" (John Symington) and "No. 30" (registry number) on the muzzle, "US" over the trunnions, "1828" (year cast) and "McC & Co" (for McClurg & Co., the predecessors of the Fort Pit Foundry) on the trunnions, "786" above the knob, and "786 Pds" under the knob (weight). A copy of "6-Pdr Iron Guns, Fort Pitt Foundry Order 12 December 1827" by Olmstead and Pizzini which discusses this historic gun and its carriage and relevant government records is included. It indicates Pizzini purchased this one and another in 1987 and notes the markings. They also state that this was the first identifiable example of this model and that after its appearance, only a few more of these are believed to have been identified. It is essentially a shorter and slightly heavier version of the Model 1819. This 6-Pounder is said to have been recovered by General Edward F. Jones from a ship sunk under his command on the Mississippi. Olmstead and Pizzini wrote, "The well conceived and built marine slide is a skillful improvisation for shipboard use, probably during the Civil War." The slide is attributed as Confederate made. The mount might be a Clark. Edward F. Jones (1828-1913) was famous for leading the 6th Massachusetts Militia as a major through Baltimore when they came under attack by secessionists in April of 1861 in what is often considered the first bloodshed of the Civil War. He then raised the 26th Massachusetts Infantry in August of 1861 and was their commanding officer with the rank of colonel and later received a brevet to brigadier general. Under his command, they served in the Department of the Gulf based in New Orleans.

Fine with dark black iron with moderate pitting, generally distinct markings, aged patina on the brass/bronze mount components, and mild overall wear. This is an extraordinarily rare and interesting piece 6-Pounder that may have been used in multiple conflicts before being pressed into service aboard a Confederate vessel during the Civil War. 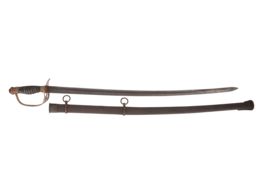 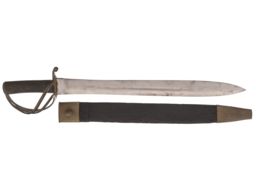 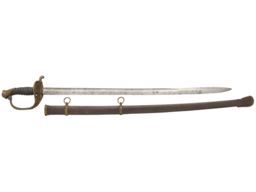 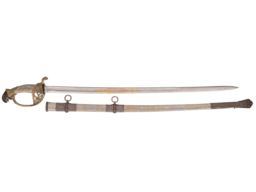 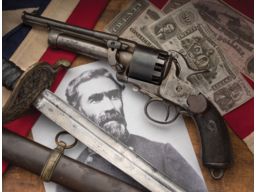 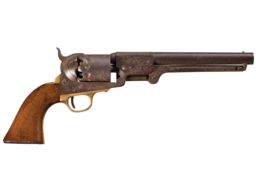