The lock is marked with "TOWER/1862" at the front and St. Edward's Crown without the "VR" below at the rear indicating this was a commercial arm, not one accepted by the British government for issue to their troops. Many British companies exported rifles for use by both the Confederacy and the Union during the American Civil War. In fact, the Pattern 1853 "Enfield" is said to be the second most widely used rifle of the war. Solid front sight made for mounting a socket bayonet, and 900 yard ladder rear sight. The barrel has the standard double 25 bore size marks indicating .577 caliber. Between the trigger guard and butt is a partially visible marking "T. TURNER" for Birmingham gunmaker Thomas Turner (1834-1890). Underneath the barrel at the breech end is marked "122/T. TURNER" and further forward "HENRY CLIVE" barrel maker. "JB" and "J & EP" are marked inside the lock. "JB" marked in the wood underneath the trigger guard. Includes a socket bayonet and sheath, both with "broad arrow/WD" acceptance marks.

Fine, retaining 50% plus original blue finish on the barrel mixed with mottled brown patina, scattered light pitting, light muzzle wear, and a grouping of heavy dings on and above the end cap. The lock and hammer are turned to a brown patina with some patches of light pitting. Wood is also fine with scattered dents, scratches, wear, and scuffs. Included bayonet is fine with some patches of light pitting and some light brown patina. The sheath is very fine with lightly cleaned brass and well preserved leather with a crisp acceptance mark. Mechanically excellent. 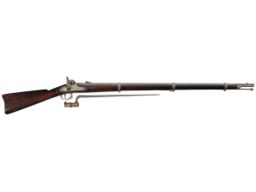 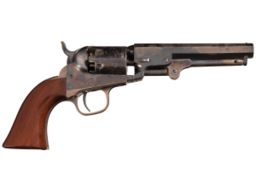 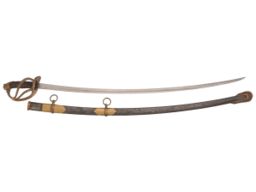 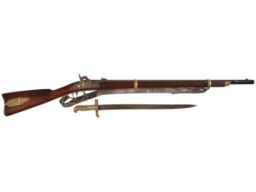 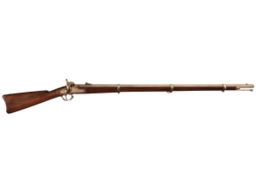 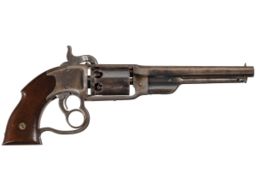