Fine with most of refinished blue finish remaining showing a small amount of minor pitting under the finish on the cylinder. The frame and hammer show most of the vivid case colors. The grips are very fine with a moderate chip on the right heel. The engraving and markings are crisp and clear. The action is excellent. The evidence of this revolvers authenticity leaves very little doubt as to the historic significance. A super addition and historic center piece to any Colt collection. 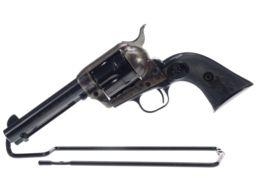 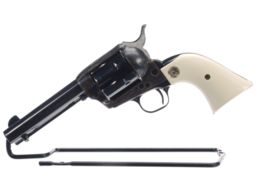 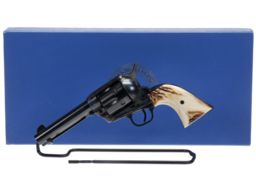 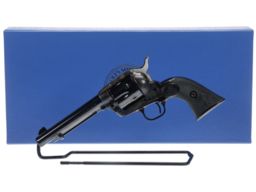 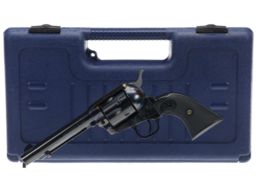 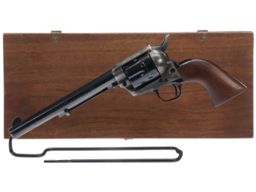