Excellent, retains 99% plus of the bright high polish blue finish which was applied after initial manufacture at the factory in 1929 with a few scattered light handling marks. The grips are also excellent with only the slightest handling marks. Mechanically excellent. This is a truly unique opportunity to own an outstanding and exceptionally rare example of the Colt Model of 1910 9.8 mm prototype pistol that could become the centerpiece of even the most extensive Colt automatic collections! 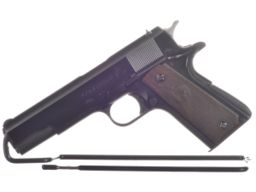 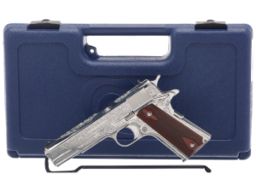 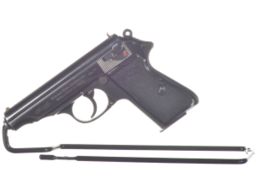 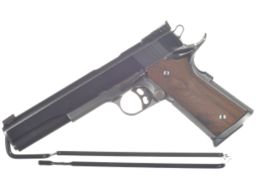 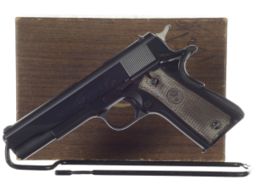 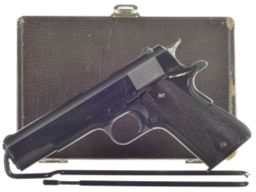