This is an exceptional example of a scarce, John D. Pedersen designed, self-loading carbine, which was manufactured by Vickers-Armstrongs Ltd. circa 1930. In 1923, the U.S. Ordnance Department had hired Pedersen to design a semi-automatic rifle as a replacement for the Model 1903 and Model 1917 rifles, as well as a new, lower recoil, cartridge for it to be chambered in. The first Pedersen self-loading rifle was chambered in .276 caliber and was approved for testing in 1924. In 1927, Springfield Armory manufactured twenty Pedersen rifles for initial field testing, which was to run concurrently with the .276 caliber semi-automatic rifle developed by John C. Garand. The Pedersen rifle performed well in the initial service tests, and in 1929/30, Pedersen contracted with Vickers-Armstrong (of England) to manufacture approximately 200 of the Pedersen self-loading rifles and an estimated 50 carbines for use in the final U.S. tests, as well as being tested by the British military. Although both passed, in 1932, the army selected the Garand design in .30-06 for limited procurement, and shortly after ended all further development of the Pedersen rifle. After the army discontinued its pursuit of the Pedersen rifle, they were able to sell a limited number of rifles to China, Portugal, and Japan, who were also attempting to develop a self-loading rifle, possibly with his delayed-blowback toggle mechanism. These rifles all have several distinctive features such as a 10 round box magazine loaded with en-bloc clips, fine adjustable 1/2 minute rear sight, barrel with spiral cooling fins, perforated metal hand guard, and sliding bar safety in the bolt. They were all chambered in the early rimless .276 bottleneck Pederson cartridge. The left side of the receiver is roll-stamped: "PEDERSEN SELFLOADER PA/VICKERS-ARMSTRONGS LTD." in two-lines. The serial number "263" is stamped on the right rear of the receiver. The top of the sliding bar safety is marked "REDY" on the left side and "SAFE" on the right side. An encircled "C/2" is stamped on the top of the receiver. There is an early Birmingham nitro proofmark (used until 1925) stamped on the top of the front edge of the bolt and the left, rear side of the receiver. Includes five factory sealed 20-round boxes of Frankford Arsenal manufactured .276 cartridges. This carbine is consecutively serialized with the next lot.

Excellent, retains 98% plus of the original military parkerized/blue finish with the balance mostly a smooth grey patina, primarily visible on the buttplate and edges. The wood is also excellent with some scattered minor dings and scratches. Mechanically excellent. The cartridge boxes are very fine, retaining their factory seals, and a few of the bullets poking through the cardboard. 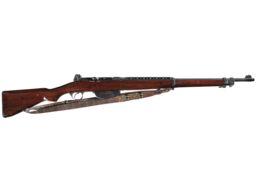 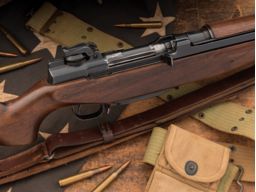 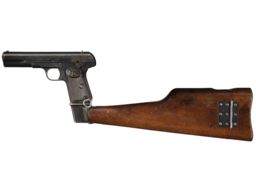 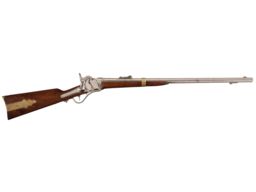 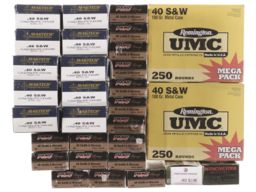 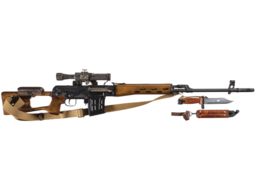