This is a solid representative example of an original Italian M37 heavy machine gun as manufactured by the Mitragliatrice Breda company in Italy. This version was adopted by the Italian Army in 1937 and was their main heavy machine gun throughout WWII and even up through the 1950s. The M37 was a gas-operated, air-cooled heavy machine gun that utilized flat 20 shot ammunition feeder/strippers that feed from the left side of the receiver. Eventually after WWII, a considerable number of them were sold to the Portuguese Army who designated it as the Metralhadora Pesada M1938 where it was chambered in the 7.92 mm cartridge. The Breda saw extensive service in Portugal's African colonies during the early stages of the Portuguese Colonial War. The top of the receiver has the large Portuguese Crest over "1938". The top of the barrel is correctly stamped with its matching serial number (911B) with the left side marked with a set of British "tonnage" proofs. A small importer mark is present on the underside of the frame, with "ROMA 1939-XVII" on the left. Included with the gun is a green painted brass and steel field tripod, anti-aircraft "web" sight and arm hook, and a painted hardwood ammo feeder case.

Fine, with 50% of the arsenal blue/black finish, showing areas of brown patina, edge wear, and scattered handling marks. The grips show mild wear. The tripod shows some bending or denting in the mounting hardware, impairing installation of the gun, but is otherwise in good order. The other accessories show mild wear. Mechanically fair. NOTE: This weapon is a restricted, National Firearms Act (NFA) Class 3, Fully Automatic Weapon, that is registered with the Bureau of Alcohol, Tobacco, Firearms and Explosives (BATFE) under the provisions of 18 U.S.C. Chapter 44 and 27 CFR part 478. This weapon is currently registered as being "LIMITED TO USE AS A SALES SAMPLE (Pre-86)" and as such can only be purchased by an FFL, with a Class 2 or Class 3 SOT License. 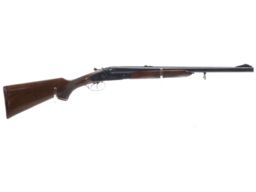 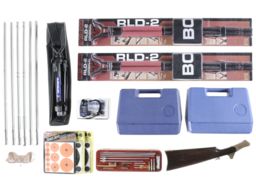 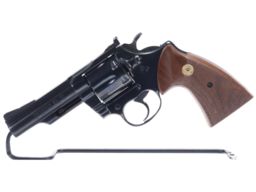 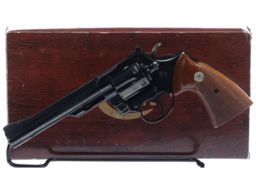 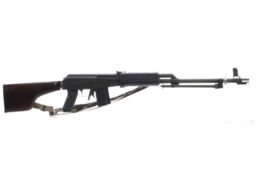 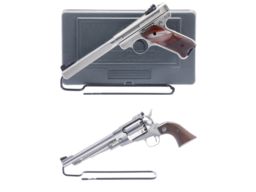