Manufactured in 1911, the first year of production, this is a very fine example of an exceptionally early production, single digit serial number, U.S. Colt Model 1911 Pistol. This pistol was assembled in the first block of 40 Model 1911 pistols at the Colt plant on the first day of production, which was 28 December 1911. Before the end of the year, Colt had only completed 51 pistols, making a first year production Model 1911 incredibly scarce. The first 50 of these pistols were shipped to Springfield Armory on 4 January 1912. These pistols were the pinnacle of military technology at the time, with military men and civilians alike, eager to get their hands on the powerful handgun. In many ways, this pistol, being so early in production, can be seen as a trailblazer, a pioneer of a reputation of reliability, and a founding father of a legacy that is still alive and well to this day. This pistol, being within the first 83 Model 1911's produced, is marked in accordance with the Ordnance Department drawings which were dated 26 April 1911, which are shown on p. 72 of "Colt .45 Service Pistols: Models of 1911 and 1911A1" by Clawson. The left side of the slide is marked with the two-line patent dates, ending in 1911, and the two-line Colt address with letters that are 5/64 inch tall, arranged in two-blocks with the circled Rampant Colt behind the serrations. At serial number 84 the letters in the address were reduced to 1/16 inch to match those of the patent dates. The left side of the frame has the early 3/32 inch tall "UNITED STATES PROPERTY" marking which is found only on the first 104 pistols, before also being reduced in size to 1/16 inch, which was approved by the Ordnance Office on 26 December 1911. The circled "WGP" monogram of inspector Major Walter G. Penfield is just behind the trigger guard on the right, parallel to the axis of the grip. The trigger guard correctly lacks assembler's marks. The right side of the slide bears the "MODEL OF 1911. U.S.ARMY" marking. The serial number is in front of the slide stop hole on the right of the frame as was standard on the first 7,500 pistols. The prefix of the serial number was the only departure from the Ordnance drawings, being "No." instead of "NO.", which was subsequently changed to "No" with the "o" underlined at approximately serial number 4501. This pistol features the early high polish Colt finish which is found on only the first 2,400 Model 1911 pistols, before the Ordnance department pushed Colt to switch to a less reflective, more durable, "dull finish". This example also features the bright nitre blue small parts which were phased out at the time of the switch to "dull blue". The magazine catch is of the early "dimpled" pattern, which was replaced with a slotted type at serial number 3190. The slide stop and thumb safety show the early hand checkering which was only present on approximately the first 150 pistols. The slide is fitted with blade and round-top notch rear sights. The barrel is a much later production replacement with "5" stamped underneath, ahead of the lug. It has a wide checkered hammer, short grip safety, long smooth trigger, flat smooth mainspring housing with lanyard loop, diamond pattern checkered grips, and a correct early pattern two-tone magazine with exposed base with lanyard loop. The included factory letter confirms the current configuration (grips not listed) as well as the previously mentioned shipment date to Springfield Armory on 4 January 1912. Provenance: The Dr. Robert Azar Collection

Very fine, retains 60% plus of the bright, original, high polish blue finish and 70% of the original nitre blue with the balance having thinned to a smooth grey patina, primarily in the form of some light holster type wear and handling wear on the grip straps and screws. The grips are fine with a few scattered minor blemishes in the overall crisp checkering. Mechanically excellent. This is an opportunity to own an exceptionally early Colt Model 1911 pistol that you certainly don't want to pass up! 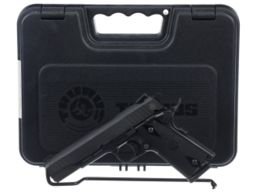 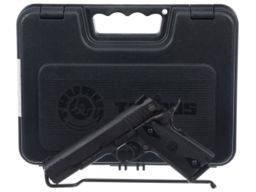 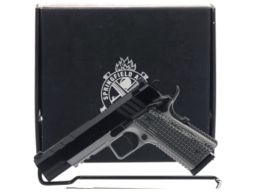 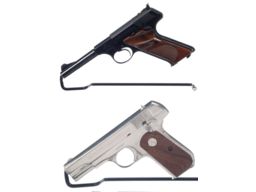 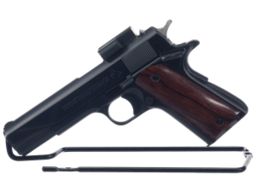 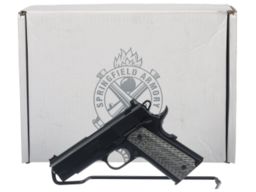