Manufactured in the early 2000's, this pistol was one of a small number manufactured by Kimber on contract for the U.S. government which were intended to be issued to the newly formed Marine Corps special operations unit called Detachment One. Detachment One was a pilot program started in 2003 as a program for attaching a permanent Marine Corps unit to the United States Special Operations Command. The unit was only around until 2006 when it was succeeded by United States Marine Corps Special Operations Command (MARSOC). Only 200 of these pistols were manufactured under contract for the unit and are believed to have never been issued before the unit was disbanded. A further unknown number were offered to members of the unit and those involved with the unit for private purchase, with the total number produced believed to be less than 500, making them a U.S. 1911 that is rarer than the ever-desirable Singer. Similar examples can be seen and discussed on pages 146 and 147 in the book "U.S. Military Automatic Pistols 1945 - 2012", by Scott Meadows. This specific pistol is from the personal collection of James A. Smith, a retired Delta Force operator who was heavily involved in training the Marine unit. In 1993, Smith was deployed to Mogadishu, Somalia as a member of a Delta Force sniper team and took part in UNOSOM II. During Operation Gothic Serpent, the MH-60 Black Hawk helicopter that his team was aboard was the first shot down, killing both pilots. Sergeant First Class Smith extracted himself from the wreckage and provided assistance to his mortally wounded teammate, providing protection from hostile militias that were closing in. Smith dragged his wounded teammate to safety, being shot in the shoulder in the process, and continued to provide security while the rest of the team extracted the crew from the helicopter. These events are portrayed in the book and movie "Black Hawk Down". As a result of his heroic actions on 3 and 4 October 1993, James Smith was awarded the Purple Heart and Silver Star. Includes a notarized letter from James Smith, a copy of his silver star commendation, a letter detailing the history of this pistol stating that it was part of his personal collection, and a letter detailing the events of his being awarded the Silver Star. The pistol has the standard Kimber marking on the left of the slide and the standard address on the right of the frame. The right of the frame is also marked with the special serial number "DET1-339" as well as "U.S. MILITARY PROPERTY USMC", with the addition of an ambidextrous thumb safety. Includes the original case with U.S.M.C. label and label numbered to the gun.

Excellent, retains 99% plus of the original black finish with only the slightest handling marks and some very light wear spots on the sides of the grip safety. The grips are also excellent with only the slightest handling marks and crisp grip texturing. Mechanically excellent. A unique opportunity to own a personal firearm from a true American Hero, James Smith a Delta Force sniper, recognized for his heroics at the Black Hawk Down incident in Mogadishu, Somalia. 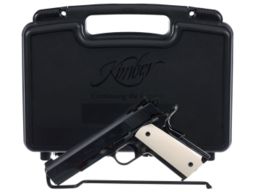 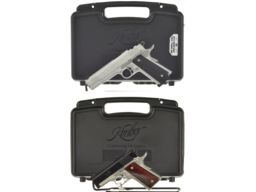 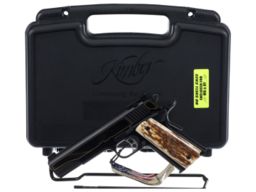 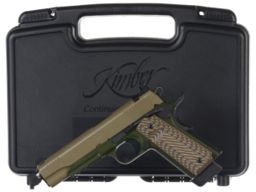 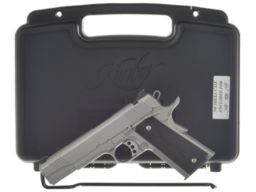 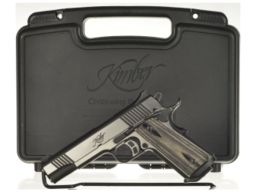