Developed in the early 1980s, the M82 series of weapons has been adopted by a number of military forces, where its long range striking power makes it useful for disabling vehicles, detonating enemy ordnance, and sniping at ranges well beyond a conventional rifle. This impressive weapon has the standard Barrett Manufacturing Inc. markings on the left side of the magazine well, with the addition of "U.S." directly below the patent marking. Fitted with a matching numbered, "SLAP" marked, fluted barrel with Barrett four chamber chevron muzzle brake, ventilated steel chassis, folding hooded blade front sight, carry handle, scope base, flip up rear peep sight, AR style fire controls and checkered grip, and solid rubber recoil pad. Comes with two extra magazines, a Pelican hard case, and soft case/drag bag. This rifle is listed on page 23 in Norman Chandler's "Death from Afar, Vol. 1" as one of the first 100 Barrett M82A1A sniper rifles delivered to the U.S. Marine Corps during Operation Desert Shield, which was the buildup of troops and defense. Operation Desert Storm was the combat phase. The original SLAP (Saboted Light Armor Penetrator) barrel is dated "1/91". Reportedly, the first 100 Barrett's were sent straight from the factory to Saudi Arabia to be distributed to combat elements, with this one likely being in-theater for the main thrust. The scope rail is a mid-90s military adjustment, noted with a two-piece welded base and a one piece top picatinny rail. Mounted on top is a correct Unertl 10x scope marked "USMC 50 CAL/1781" on the left side and rings marked "GGG". Today only about 35 of these scarce and collectable rifles are known to be in private collections, as the rest were given to foreign allies, police departments, museums or the shredder.

Excellent, retains 90% plus original military matte grey phosphate finish with some scattered light handling marks and wear exposing a smooth grey patina, typical of military use. The lower edges of the upper chassis have been touched up with black paint, possibly in the field, to prevent corrosion. Mechanically excellent. The cases and accessories are excellent with minimal wear. A very scarce opportunity to own a U.S.M.C. 50 Cal Barrett Sniper rifle documented as one of the first 100 rifles delivered to the Marines for use in Operation Desert Storm. 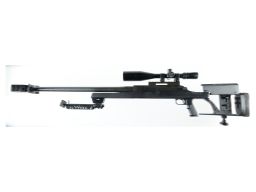 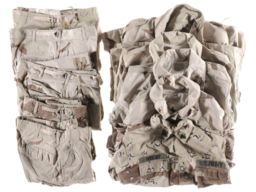 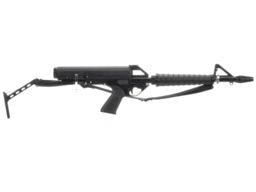 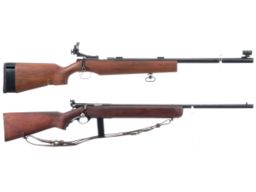 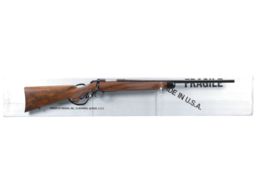 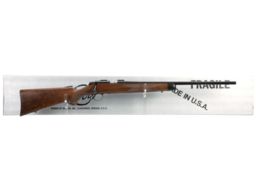