A great example of a rare World War II manufactured Remington Model 11 aerial trainer shotgun mounted in a Bell Type C16 cradle mount, with only a handful of these currently known to exist. At the outbreak of the war, the United States had to efficiently train thousands of new recruits in a new skill before being shipped off overseas. Through use of these cradle mounted semi-automatic Remington Model 11s, the Army Air Corps trained aerial gunners in the art of leading a flying target from inside of a pseudo-aircraft fuselage mounted in the back of a moving land vehicle or fixed on the ground, with the shotgun and mount in place of what would be an M2 50 caliber machine gun in a real aircraft. Trainees would typically start with a regular shotgun skeet shooting, then work their way up to the moving semi-automatic shotgun in the aerial mount before graduating to the full automatic 50 caliber. Anti-aircraft front and rear sights, factory installed Cutt's Compensator, smooth walnut forearm, standard barrel markings with "U.S./flaming bomb" on the breech and "LNN" (February 1944 date code). Standard markings on the receiver with the World War II "U.S./flaming bomb-MILITARY FINISH" marking on the left side with the serial number "709789" visible on the bottom edge. Mount painted white with a spring-loaded recoil mechanism built in. The trigger is operated from the right side of the rear mounted spade grips, connected by linkage to the original trigger of the shotgun fixed inside the mount. Bell Aircraft Corp. plaque on the rear of the mount marked with "ADAPTER-GUN MOUNT/TYPE C16" model designation and the mount serial number "23536". A neat military training device that played a vital role in building the skills of many U.S. recruits in aerial gunnery before heading overseas.

Exceptionally fine, retaining 85% plus original blue finish on the barrel and receiver with some scattered light freckling, and a patch of light pitting on top of the compensator. Wood forearm is excellent with some light handling marks. Mount is fine with some light scattered flaking of the paint. Mechanically excellent. 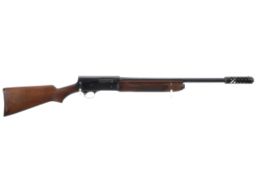 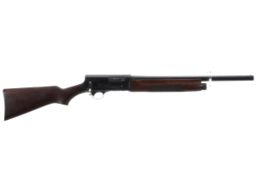 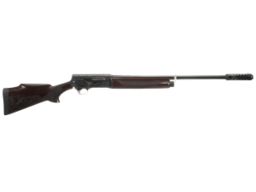 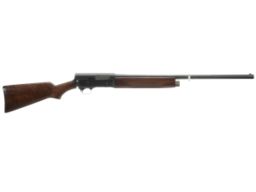 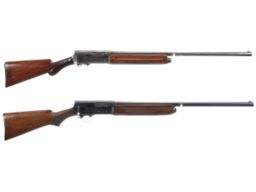 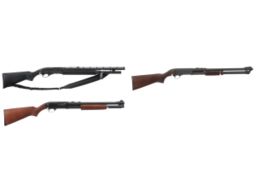