Competing against Colt's Bisley Model Single Action, as well as the English-made target arms, Smith & Wesson New Model No. 3 Target found many buyers overseas and was considered one of the top competition revolvers through the close of the black powder era. The accompanying factory letter lists this revolver with a 6 1/2 inch barrel in .450 Eley, target sight, blue finish and hard rubber grips. This revolver was one of 10 of this model in the aforementioned configuration shipped on January 5, 1893 and delivered to W.C. Scott & Sons, Birmingham, England. Known to us is a second January 5, 1893 dated shipment bound for England which contained four New Model No. 3 target revolvers delivered directly to Walter Winans in London. Two of the four revolvers (lots 104 and 105) are also in this auction. The two January 5, 1893 shipments are invoiced to two different clients (Winans and the Birmingham retailer W.C. Scott & Sons). Nevertheless, this revolver no. 27906 invoiced to W.C. Scott & Sons also ended up in the hands of Walter Winans as proven by Winans' "WW" initials inscribed just behind the hammer. Below the "WW" initials is the caliber marking "450" and a 6-pointed star. The back strap is inscribed "MILITARY 20" and the date "1892." The back strap inscription likely references a military revolver 20 yards shooting match that took place in 1892. In 1892 Winans was actively involved in shooting competitions. Early in the year The Daily State Ledger reported, "Mr. Walter Winans...has made a wonderful record with his favorite weapon. At a distance of twenty yards, with a disappearing target, he scored forty points out of a possible forty-two." As reported in the 19 August 1892 edition of The Sacramento Daily Record, "Walter Winans...is worthily maintaining his place as the leading revolver shot of the world. At the meeting of the British National Rifle Association, at Bisley, Mr. Winans is credited as the winner of nine of the twelve varieties of revolver matches provided, while in the other three he tied the winners." At Bisley the first prize for the any revolver 20 yards shooting match, which was awarded to Winans, was "one revolver in case given by Messrs Smith & Wesson" (see the July 25, 1892 edition of The Glasgow Herald"). It is very plausible that this early 1893 shipped revolver with 1892 dated shooting competition inscription was one of Winans’ many first placed prizes for the year 1892. The blade front and "U" notch rear sights on this revolver are period replacements, likely added by Winans and are the type of sights found on other New Model No. 3 target revolvers known to have been owned by Winans (see nos. 282021 and 25122 that are also in this auction). British proofs appear on the left side of the barrel and on each cylinder flute. Matching serial numbers are found on the butt, right grip panel, cylinder and barrel. Winans was a three time Olympic medalist winning the gold in running deer shooting in 1908 (double shot) and the silver in 1912 (team). He also won a gold medal in 1912 for his sculpture "An American Trotter". He is the only American to win a medals in shooting and art. His Olympic career was not without controversy. At the 1908 Olympics, Winans' eligibility as an American competitor was questioned because he had never set foot in the United States. Winans was born to American parents in St. Petersburg, Russia where he lived for the first 18 years of his life. Before taking up residence in England, Winans took the oath of allegiance at the U.S. Embassy. He did not visit the U.S. until he was 58 years old. To compete at the Olympic Games, Winans was required to swear his allegiance to the U.S. Consul General. One of the most famous and highly esteemed handgun shooters of the late 19th and early 20th centuries. Provenance: The Dr. Gerald Klaz Collection 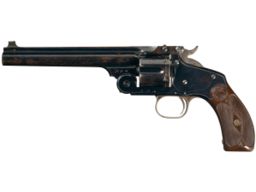 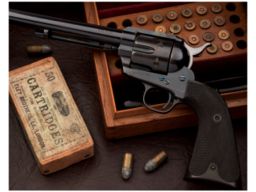 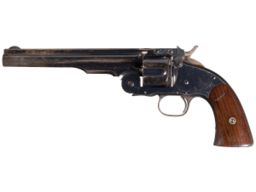 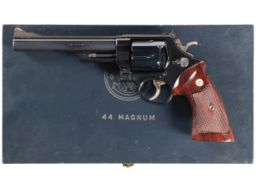 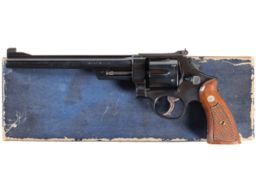 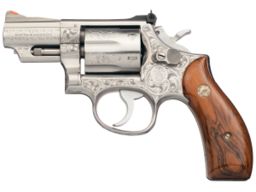