Fine with 50% of the original plum brown finish remaining on the barrel blended with smooth brown patina. The breech plug has light original case colors, and the balance has a silver-gray to pewter-gray patina and mild overall wear. The lock engraving and markings remain crisp. The hammer is a repaired period replacement. The stock has a clean repair above the hammer and is otherwise also very good with crisp checkering, minor scratches and dings, and smooth finish. Mechanically fine. The scope has fairly clear optics, a slightly deformed crosshair, and most of the period reapplied finish. The case is very good and has mild age and storage wear. The powder horn is very good and has minor age and storage related wear, aged patina on the spout, and a crisp "R.J. May" inscription on the base. The other accessories range from very good to fair. This is a very rare and desirable Civil War sharpshooter rifle owned by a marksman who kept detailed records of his service, including the purchase and use of his "telescope rifle." 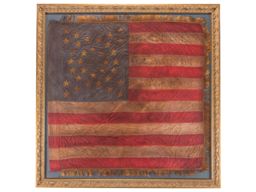 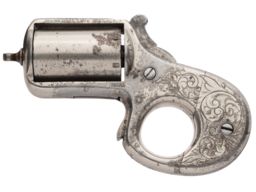 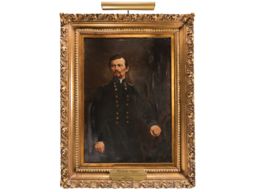 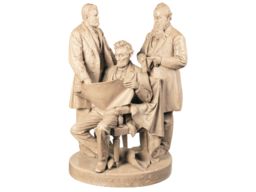 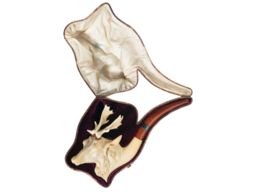 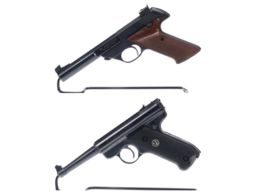