Manufactured in 1903. The revolver has highly desirable factory nickel finish along with a casehardened hammer and niter blue trigger, screw heads, cylinder pin and release. The barrel has the one-line Hartford address on top and is marked "(BISLEY MODEL)/COLT FRONTIER SIX SHOOTER" on left side. The left side of the frame has the two-line patent dates marking followed by a circled Rampant Colt. Matching serial numbers are on the frame, trigger guard and back strap. The included factory letter confirms the 7 1/2 inch barrel in .44-40 caliber and nickel plating. The revolver was sold and shipped to William Read & Son of Boston, MA on January 8, 1904. Per the handwritten letter of provenance, a Mr. McVey who won the SAA "on a $1.00 chance ticket purchased from a retired Army colonel" said to have used this SAA in the Philippines. In the 1950s the pistol was sold by McVey to Kennith Webster for $35.00. In the late 1950s the gun was purchased for $135.00 by Bob Waskom who quickly sold it with two other SAAs to the consignor.

Very fine, retaining 75% original nickel plating with flaking and cleaned pitting on the top strap. 70% original case colors remain on the hammer. Traces of original niter blue remain on the trigger and other small parts. The grips are excellent with minimal handling marks and crisp checkering overall. Mechanically excellent. 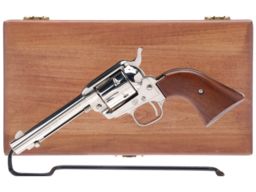 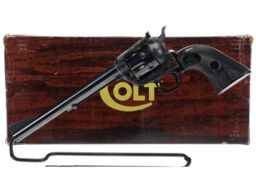 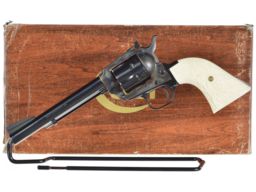 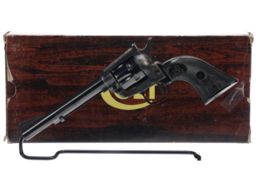 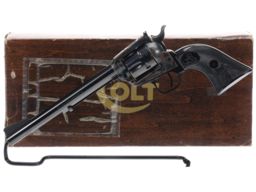 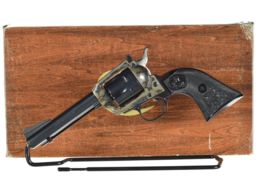