The included 1994 dated notarized letter states that this Ithaca Model 1911A1 pistol was reportedly manufactured in May of 1942, seven months prior to Ithaca assembling their first 60 standard production Model 1911A1's in support of the war effort, and over a full year before Ithaca began full production. The letter signed by Colonel David J. Nolin (1921-2001) goes on to state that the pistol was requested upon his commissioning in 1942 as a 2nd lieutenant in the U.S. Army by his father, who was on friendly terms with the management at Ithaca. Nolin further states that he carried the pistol through the course of the World War II in the European Theater, including the invasion of Normandy in 1944, through five campaigns including the Battle of the Bulge. Nolin is listed in an Oswego, New York honor roll as a Major, having served from 1942-1947, and being awarded the Bronze Star. No further details on Colonel Nolin's military service could be located at this time. The pistol itself shows most of the standard markings and features of the standard production Ithaca Model 1911A1 pistols. The left of the slide is marked with the two line Ithaca, New York address while the right is factory inscribed with "LIEUT. DAVID J. NOLIN". There are "P" proofs on the top of the slide and left of the frame. The right of the frame is factory engraved with the pre-production serial number "EXP.#5" with an interlocked "34" on the trigger guard. The top of the frame is stamped "H" and "G" around the disconnector hole, which is explained by Clawson in his book on p. 306 as indicative of early Ithacas. The barrel is marked "COLT 45 AUTO", "P" on the left of the lug, and "F" on the bottom. It is fitted with blade and notch sights, narrow checkered hammer, long grip safety, a pair of checkered reinforced grips, and an unmarked full blue magazine. Provenance: The Dr. Robert Azar Collection

Exceptionally fine, retains 75% plus of the original parkerized finish with the balance having thinned to a smooth grey patina, primarily on edges and the grip straps. The grips are also excellent with minimal handling evidence and crisp checkering. Mechanically excellent. 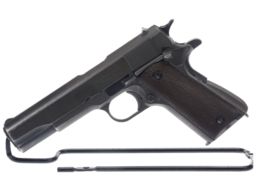 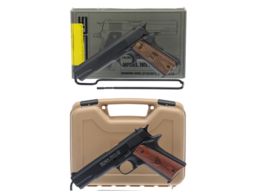 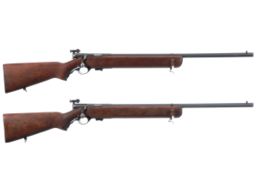 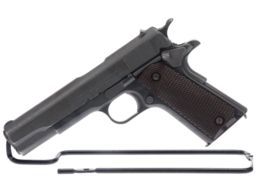 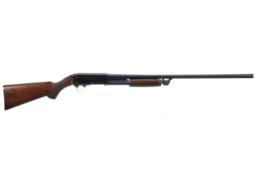 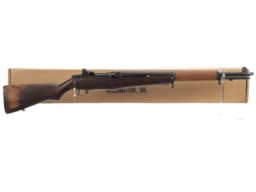