Manufactured in 1981, this is the last Gold Cup National Match Model "O" pistol produced by Colt. The included factory letter confirms the current configuration (grips not listed) as well as shipment to Keith Crowley, Vice-President at Colt Firearms Division on 1 June 1981. The letter goes on to state that the gun was built by assembler Manuel Bello, inspected by Frank Batsie, and targeted by Charles Frederick, a target of which is also included. It also states that the trigger pull, magazine adjustment, and muzzle crowning was performed by Bob Beaucage. An included letter from Keith Crowley states that this pistols was the last Model "O" gun manufactured. A sales receipt of Crowley's purchase is also included. The pistol itself has standard markings and features apart from the contoured bakelite target style grips. Provenance: The Gus Cargile Collection

Excellent, retains 98% plus of the original blue finish with a few scattered light handling marks, some light brown spotting on the sides of the hammer, and some scattered grease residue. The grips are fine with a few cracks near the upper screws on each side and otherwise minimal handling evidence. Mechanically excellent. 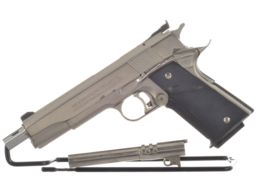 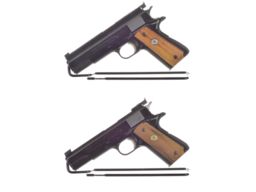 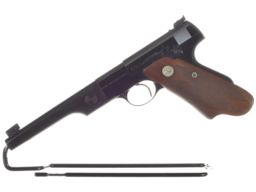 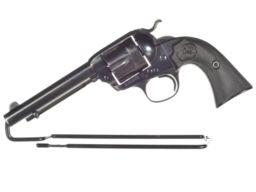 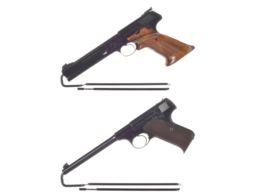 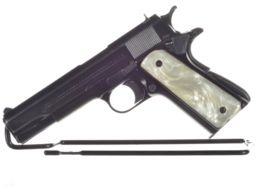