Introduced in 1935 by Charles J. Manville, the "Manville Gun" was designed to fire flare, smoke, and riot gas shells from its 12 round clockwork drum. It was designed at the outset for crowd control/anti-riot work. The device is broken down and loaded by disengaging a single lever at the rear of the frame, separating the clockwork and trigger assembly from the drum and barrel assembly. Once loaded and reassembled, rotating the drum counter-clockwise winds the internal drive spring, which powers the mechanism, each trigger pull causing the mechanism to jump forward to the next chamber in the sequence; this style of operation can also be seen in later drum-fed small arms like the Street Sweeper/Striker shotgun and the MGL 40mm grenade launcher. A pair of "M" marked grip panels are installed on the foregrip, with a smooth wood rear grip and the Manville patent markings on top of the trigger assembly.

Good, the blued components show a mixed brown patina overall with minor pitting. The chambers retain a strong nickel finish over the textured surface, with the fire control components showing flaking and wear. The aluminum components show an aged patina and mild handling marks overall. The clockwork housing has taken a hard hit on the left side, causing deformation and chipping. Mechanically needs adjustment. 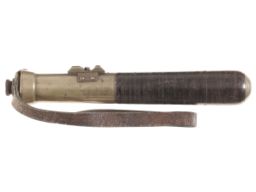 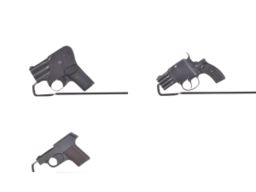 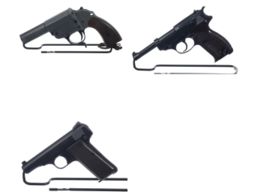 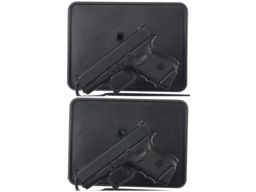 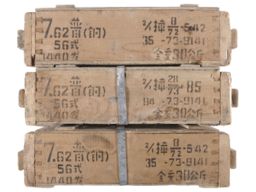 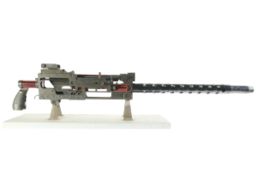