Very good with crisp inscription, distinct barrel markings, mix of gray and brown patina and traces of original blue visible on the barrel along with patches of mild oxidation, similar dark brown patina on the hammer and lever, the classic attractive natural aged patina on the frame and buttplate, and mild overall wear consistent with use by a lawman in the Old West. The stock is also very good and has numerous light scratches and dings expected on a firearm used in the field, some wear at the nose of the comb, slight flaking at the toe, and smooth finish. The magazine spring needs some attention; otherwise, the rifle is mechanically fine. A Henry inscribed for a western lawman is an incredible rarity. Given his status, the quality of this rifle and the documented provenance, James B. Hume's Henry Rifle would be a valuable addition to any Winchester, western, or antique arms collection. Hume’s original badges presented in the next lot would sweeten the archive. 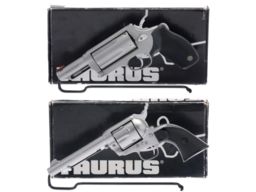 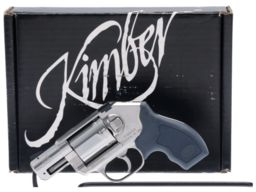 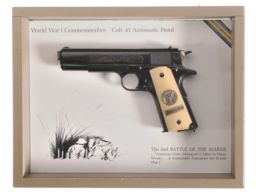