Around 1,500 of these rifles were manufactured for the U.S. contracts in addition to 3,000 for a Russian contract in 1859 to the early 1860s. These are considered to be the first bolt action firearms adopted by the U.S. Ordnance Dept. and are also the only U.S. contract weapons to use an underhammer system. It also has Charles Lancaster's distinctive oval rifling. The design was patented by Lieutenant Colonel James Durrell Greene of the 5th Massachusetts Militia (brevet brigadier general during the Civil War in the 17th United States Regular Infantry) and was manufactured at Asa H. Water's armory in Millbury, Mass. Some were reportedly used at the Battle of Antietam by the Massachusetts militia, and the distinctive Greene cartridges with the powder ahead of the bullet have been recovered from that battlefield. It has a bayonet stud/blade front sight, notch and folding ladder rear sight, "GREENE'S PATENT/NOV. 17 1857." on the upper tang, the serial number on the bottom of the bolt, and no visible government markings. Includes a socket bayonet marked "J.D.G" and a black leather sling. Provenance: The George Moller Collection

Very fine with 70% of the lightly fading original blue finish, 50% original case colors on the hammer, mostly smooth brown patina on the balance, some dark oxidation on the buttplate, and general mild overall wear. The stock is also very fine and has mild scratches and dings and smooth oiled finish. Mechanically excellent. The sling and bayonet are both fine. 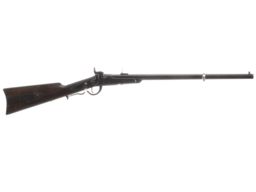 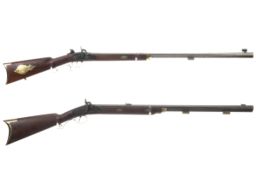 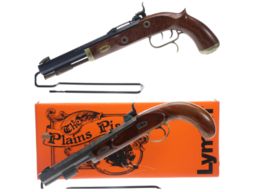 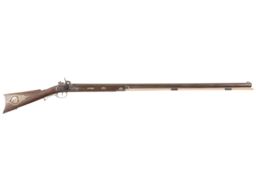 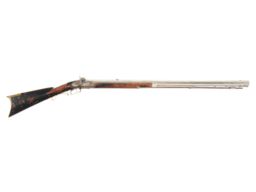 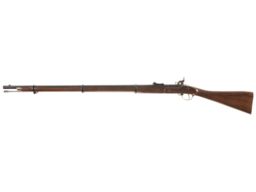