Fine with traces of original finish and otherwise a very attractive mottled brown patina with some light gray patches on the iron and attractive classic aged "mustard" patina on the distinctive brass cover, frame, and buttplate along with some light scratches and dings, tight side plates, and minor age and handling related wear. The buttstock is also very fine and has some attractive figure in the toe section, light scratches and dings, minor cracking at the toe, and most of the original finish remaining with some fading from age and handling. Mechanically excellent. This is an exceptionally rare and very attractive Winchester firearm certainly fitting for an advanced collection and destined to be a prized treasure worthy of prominent display. 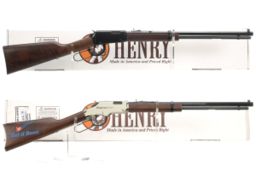 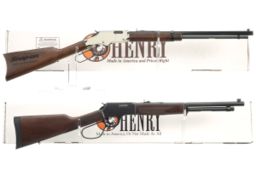 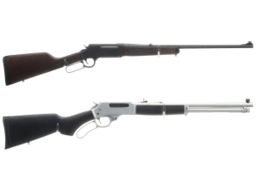 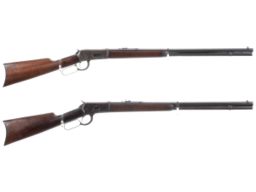 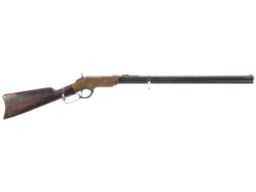 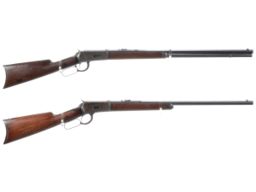