Single bead sight on the barrel, with an improved modified choke and 7 1/2 inch wedges of punch dot backed scroll engraving on each side of the breech. The receiver and trigger guard show near full coverage of fine engraving, which includes hand-engraved serial number with a "V" above it. The left shows a brace of pointers flanked by a wood cock and ruffled grouse game scene on the left and right respectively. The right has a pair of mallards and a scene of a wood cock and ruffled grouse, and a dog's head on the triggerguard. Highly figured, multi-point checkered forend and pistol grip stock with hard rubber Remington grip cap and buttplate and "S.S.W." inscription oval for General Sam S. Walker. Stock measurements: 1 3/4 inch drop at comb; 2 1/2 inch drop at heel; 14 1/2 inch length of pull; weight 8 lbs 9 oz. Sam Sims Walker, son of General Walton Harris Walker, was born at the United States Military Academy at West Point, NY, on July 31, 1925. He was the first son of a four star general in the history of the entire United States Army and who himself earned the rank of four star general through an exceptionally distinguished lifetime career of service to the United States. Upon graduation from West Point in 1946, Sam Walker was commissioned into the Infantry. He served in the 11th Airborne Division in Occupied Japan from 1947 to 1949. With the outbreak of war in Korea in 1950, he volunteered to lead US Soldiers in combat to defend the Republic of Korea against the Communist Korean invasion. He commanded at the platoon and company levels and was awarded the Silver Star for extraordinary heroism. As a major, upon graduation from the Command and General Staff College he served in a number of highly responsible positions including aide de camp to the Chief of Staff of the Army, tactical officer at West point, and Secretary of the General Staff of the United Nations Command/US Forces Korea. In 1964, he graduated as a Distinguished Graduate of the National War College and then served as battalion commander, 1st of the 30th Infantry Battalion, in Germany. In 1965, he volunteered for combat duty in Vietnam where he served as the G3 staff officer of the 1st infantry Division, and for his exceptional service was promoted to colonel, commanded a brigade and for his extraordinary heroism in combat, he again was awarded the Silver Star. Sam Walker was promoted to Brigadier General in 1968, served a short tour with the 82nd Airborne Division and was quickly selected by the Chief of Staff of the Army to become the Commandant of Cadets at West Point in 1969. As Commandant he effectively led the Corps to meet the challenges of the post-Vietnam turbulence, and strengthen the core values, “Duty, Honor, Country”. He was then promoted to major general and was highly successful as he commanded the 3rd Infantry Division in Germany from 1972 to 1974 where he restored esprit de corps, Soldier-morale and discipline, and combat effectiveness of the division. He then served as the US Commander of Berlin from 1974-1975 where he enhanced relations with the other allied commanders to secure the defense preparedness of West Berlin. Promoted to Lieutenant General in 1975, Sam Walker served as Deputy Commander, Forces Command, and effectively oversaw the preparedness of US Army Forces based in the US to deploy to combat overseas. In 1977 he was promoted to four star general as the youngest Army officer promoted to General and was assigned as Commanding General Allied Land Forces Southeast, a NATO Command where he excelled in developing US-Turkish relations and allied forces cooperation. For his service there, he was awarded the Defense Distinguished Service Medal Upon his retirement, General Walker became the Superintendent of the Virginia Military Institute in 1981. During his tour until 1988 as Superintendent, General Walker made enormous contributions to the governance of the Institute in making it a first rate academic institution. In 2005, for his distinguished lifetime of service as a combat leader in Korea and Vietnam, as a commander at every level of Army command, as a key leader-educator at West Point and VMI, and as a senior Soldier-Statesman leader in Berlin and NATO, the Association of Graduates of the United States Military Academy presented to General Sam S. Walker the exceptional award of Distinguished Graduate. Provenance: The General Sam S. Walker Collection

Excellent, retaining 99% original blue with minor handling evidence. The wood is very good with scattered dings and scratches, a few tiny chips at the edges, and sharp checkering. Mechanically excellent. 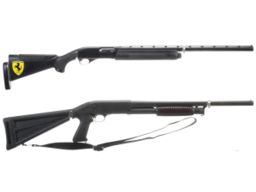 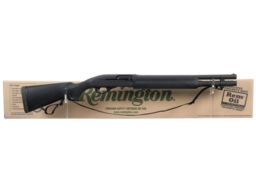 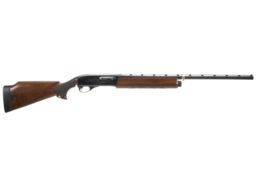 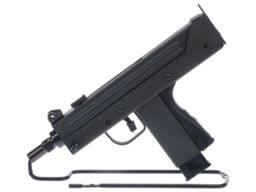 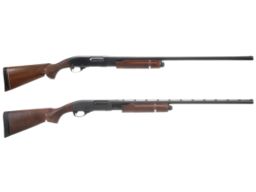 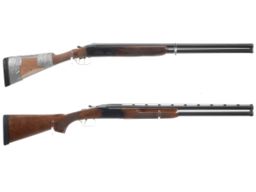