Manufactured in 1933 with standard markings including "THE WOODSMAN" on the left side of the frame. It is fitted with pinned blade front and adjustable notch rear sights and a pair of checkered walnut grips. The included affidavit states that this pistol belonged to Eugene "Big Gene" Westergon, who worked for Al Capone as a truck driver's assistant/guard while moving contraband, and was purchased from his estate. Westergon joined Capone's gang in Chicago and stayed at the Lexington Hotel, which was run by Capone, along with many other notorious gang members. "Big Gene's" job was accompanying trucks of contraband being smuggled across the Canadian border, which were often targets for rival gangs, leading Gene to say that they never travelled without their guns at the ready on the front seat. Often the border guards and other officials were paid to turn a blind eye, but during one incident the guard had changed and their truck was stopped. The driver of the truck shot the guard before they fled back to Chicago. This incident crossed the line for Gene, so he left the gang life and moved west where he worked various jobs and was noted for his occasional terrible temper until he died in 1975. Includes a Hunter leather holster and leather belt.

Fine, retains 70% plus of the original blue finish with the balance having thinned to mostly a smooth grey patina and extensive scattered patches of mild pitting. The grips are also fine with with some light wear and a few scattered light blemishes in the otherwise well-defined checkering. Mechanically excellent. The holster and belt are very good with some light wear. 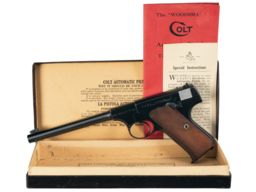 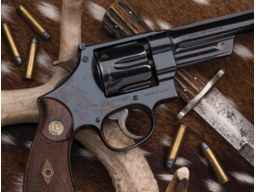 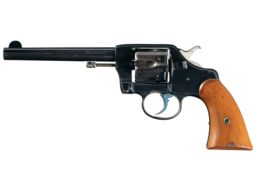 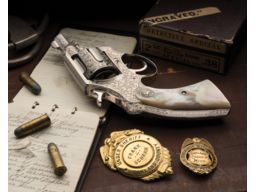 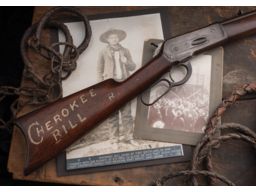 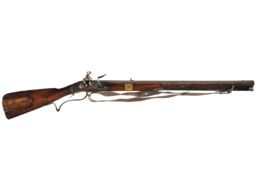