One of two compact grenade launchers used by Imperial Japanese armed forces in the Pacific Theater, the Type 10 was designed to be a lightweight, multi-function ordnance projector capable of launching smoke, flares, and grenades without needing a heavy baseplate or built up position like a full-sized mortar. Like the larger Type 89, it was dubbed the "knee mortar" due to a misunderstanding of the carry and use of the weapon (it was meant to hang from the belt beside the thigh/knee when carried in the field), reportedly causing some American troops to suffer injuries from bracing captured knee mortars against their legs when firing. Structurally the Type 10 is very similar to the Type 89, with an in-line design to the firing tube, manually actuated mechanism ending in a curved baseplate, and deployment at a fixed angle, though the Type 10 uses a smoothbore tube, has a detachable baseplate, and adjusts range via a gas vent in the tube base instead of an adjustable rod that effectively shortens the tube in use. Additionally, the tube and gas mechanism can be detached, flipped around, and threaded into a collar at the base, reducing the overall length to about 11 3/4 inches and serving as a casing for the firing mechanism and baseplate. Matching numbers are present on the tube, gas system, firing mechanism and baseplate, with the tube numbered "14" in kanji and bearing the Nagoya Arsenal approval mark.

Fine, with 95% percent of the restored blue finish, strongest on the tube with a mixed brown and gray patina on the firing mechanism and baseplate, and scattered mild spotting. The firing mechanism is in good order. NOTE: This Destructive Device is a National Firearms Act (NFA), fully transferable Class 3, which is registered with the Bureau of Alcohol, Tobacco, Firearms and Explosives, (BATFE) under the provisions of 18 U.S.C. Chapter 44 and 27 CFR part 478. 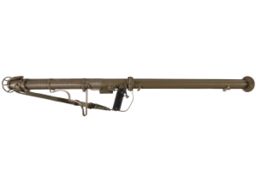 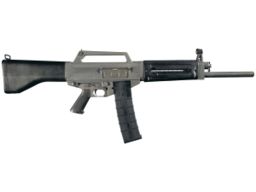 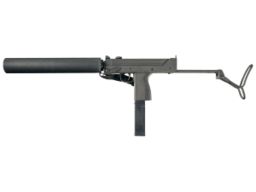 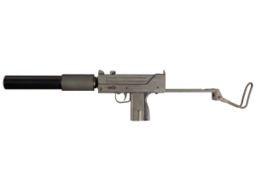 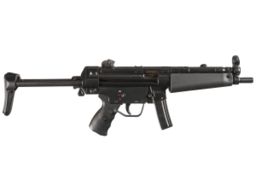 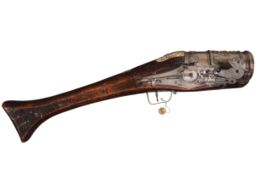