47,115 Model 1855 rifle-muskets were manufactured at Springfield Armory between 1857-1861, and another 12,158 were manufactured at Harpers Ferry. The Model 1855 was the first U.S. martial arm designed for use with Minie bullets in .58 caliber, giving it a considerable advantage in accuracy and effective range over earlier military rifles. These rifles were widely used in the Civil War and first saw action in the Coeur d'Alene War in the Pacific Northwest in 1858. This example has an "1858" date lock and barrel with standard markings and early features including the long range rear sight. "SB" (Samuel Byington) and "JAS" (John A. Schaeffer) circled script inspection cartouches on the left stock flat. "US" marked buttplate tang. A coil of Maynard priming tape is included.

Very good, retaining a bright polished barrel, some light pitting on the edges of the barrel and on the rear sight, and sharp lock markings. Stock is also very good with scattered light scratches mostly concentrated on the left of the buttstock, some slight darkening at the edges, very light chips behind the barrel tang, a minor chip to the left of the buttplate tang, and nice cartouches. Mechanically excellent. 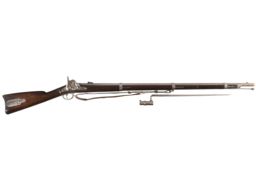 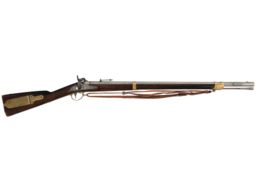 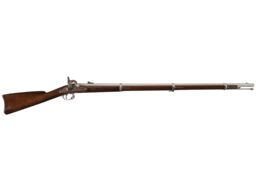 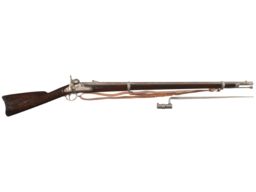 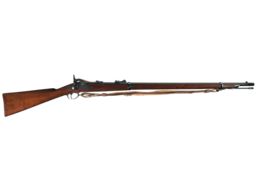 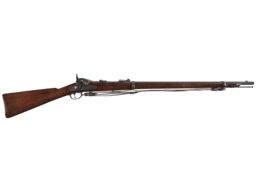