Good with mostly gray patina, some minor oxidation, scattered patches of mild pitting, period refinished cylinder with light scattered pitting, and moderate overall wear appropriate for a Confederate sidearm. The revarnished grips are very good and have well-defined checkering with mild wear, some small loss at the edges, and light scratches and dings. The hammer hangs-up at the half-cock notch, and the striker falls down to the nipple for the shot barrel. Otherwise, the revolver is mechanically fine. This is an incredibly rare opportunity to get your hands on a LeMat revolver identified as owned by Confederate General Braxton Bragg. Opportunities like this are exceedingly rare, and like the other Confederate officer LeMat revolvers, this revolver may soon be permanently removed from the public market and ensconced behind museum glass if you don't get your hands on it now. 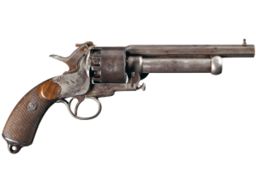 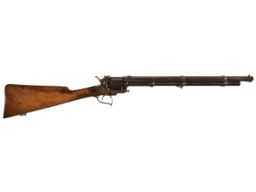 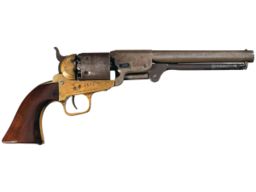 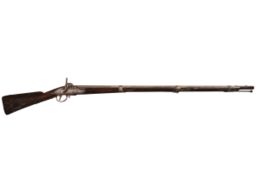 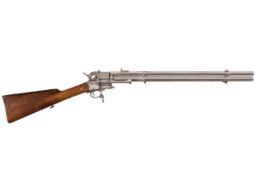 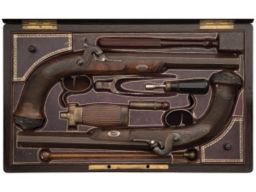