The Remington Cane Gun was designed by John F. Thomas, Remington's master mechanic, with the percussion version patented in 1858. Production of the cane guns was interrupted by the Civil War but resumed sometime around 1865, and shortly after the production shifting from percussion versions to a new and improved rimfire cane gun. These rimfire examples were made from about 1866 to 1888 in two calibers, .22RF and .32RF, with this example being the former. It is estimated that approximately 2,000 of each caliber were made. This example has the desirable dog's head handle made of the same brown gutta percha as the shaft, which has a metal insert at approximately the halfway point that is threaded so the barrel/shaft has a takedown feature. The dog's head handle is likely the most desirable of the handle configurations, even though it is not necessarily the most rare. This is a rarely seen takedown feature, and the workmanship leaves little doubt that it was done at the factory, and it is the only cane with such a feature that the writer has seen. There is a small German silver band where the handle meets the shaft and a serrated iron ferrule at the tip/muzzle. Just below the band is the faint serial number "1558", which is repeated at the bottom of the shaft and on the iron ferrule, and at the bottom of the upper portion of the shaft traces of the patent markings can be seen. It measures 36 7/8 inches overall. Provenance: The Milan J. Turk Collection

Exceptionally fine, retains most of the original brown with a barely noticeable hairline crack visible at the bottom of the shaft from the ferrule and some scattered light handling marks. A metal cap or plug has been inserted into the upper section of the shaft interior, obstructing the bore. Mechanically excellent. Quite possibly a one-of-a-kind, special order, Remington cane gun! 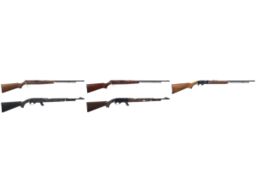 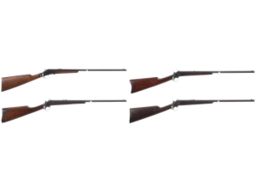 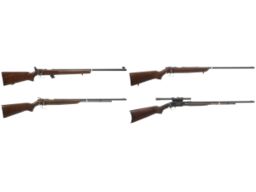 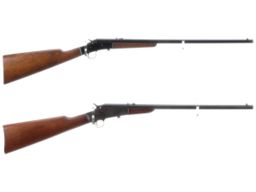 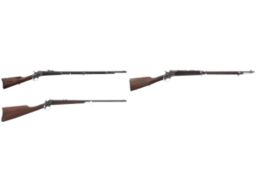 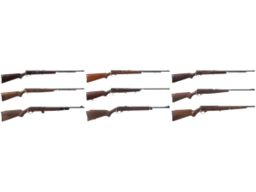