Manufactured in 1876 as a second model with long cylinder flutes and locking slots on the back of the cylinder. The revolver features near full coverage deluxe factory broad floral scroll engraving on a punch dot background. The profuse scrollwork makes for a striking work of firearms art that you would expect from a factory engraved piece. The scroll patterns suggest the engraving was done by Colt Master Engraver Cuno Helfricht or his shop. Helfricht was Colt's chief engraver from the late percussion era in the 1870s up to 1921 and personally designed, engraved, and/or oversaw the embellishment of some of the most historic Colt firearms in existence, including those owned by presidents Grover Cleveland and Theodore Roosevelt, General George S. Patton, and members of the Colt family. The top of the barrel has the two-line Hartford address inside a panel. The barrel and cylinder are numbered to the gun. The butt is marked "41 CAL." The caliber marking on New Lines is generally located on the left side of the lower frame strap but on this example the caliber marking was moved to the butt to accommodate the extensive factory engraving. The revolver is fitted with pearl grips.

Very fine, retaining 85% original silver plating with flaking visible on the forward cylinder flutes. The engraving is crisp. The grips are also excellent with a couple tiny surface chips at the top and highly attractive fiery colors. Mechanically excellent. This factory deluxe engraved New Line 41 revolver will make a great addition to any Colt or antique firearms collection. 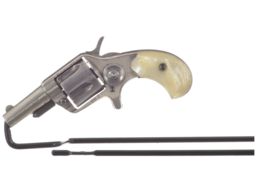 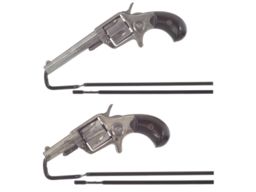 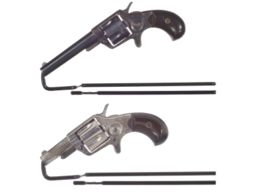 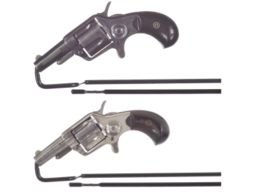 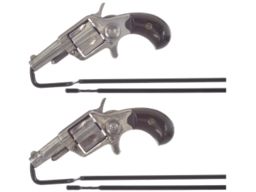 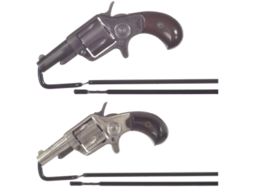