Manufactured in 1900. An estimated 4,600 modified Model 1878s were manufactured upon request of the U.S. Army during the Philippine-American War and Moro Rebellion. A stronger mainspring was installed to ensure the hammer had enough force to fire the .45 Long Colt government ammunition which was less sensitive than the ammunition on the civilian market. The smaller Model 1878 trigger and trigger guard were replaced with larger versions to help compensate for the resulting stiffer trigger pull. These revolvers also have a lanyard loop on the butt. This example has standard factory sights, markings, and grips; "U.S.," John T. Thompson's "JTT" inspector stamp, and "1902" on the right side of the frame; scattered small inspection markings; and Rinaldo A. Carr's "R.A.C." stamp on the rear face of the cylinder, left side of the frame at the hump, and on the left side of the trigger guard. Provenance: The Dr. Robert Azar Collection 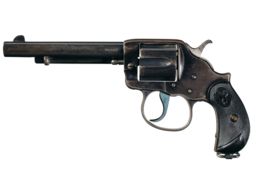 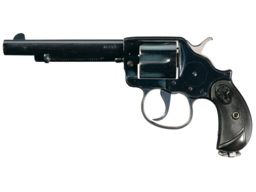 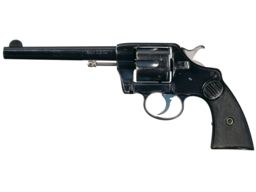 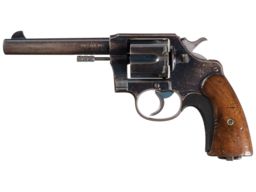 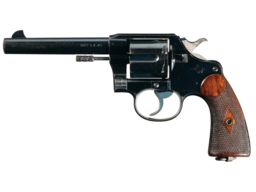 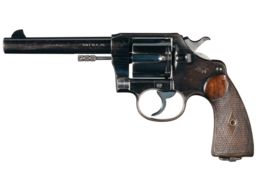