Developed by the British during WWI, the Hotchkiss Portable Machine Gun was produced in two models with two versions; a Tank and Calvary version. The Tank version was produced without a buttstock and instead has a small brass pistol grip. These were intended to be mounted either as a coaxial gun or on top in a pedestal mount. The Calvary version actually used a short buttstock and was mounted on the "tripod" that is included with this lot. The two models that were produced was the MKI and the MKI*. The first model could only use feed strips with the cartridges loaded in the strips, while the second model, the MKI* could use either the feed strips or a belt of ammunition. The side of the receiver is marked: "HOTCHKISS PORTABLE MACHINE GUN. MKI*/PATENTED CALIBER .303/No E.38701". The top cover is correctly marked "BELT OR STRIP/FEED". The rear of the receiver is also stamped with the matching serial number on the bolt cover and the barrel is marked "B/21477". An offset inverted "v" front sight is installed on the barrel, no rear sight present, and a second brass tripod lug is installed ahead of the gas port. The buttstock is steel construction. The tripod is marked "TYERS". Also included is an extra barrel.

Fine, with 85% of the professionally refinished blue, showing areas of covered pitting, dents and small holes in the gas piston cover, and scattered handling marks. The grip panels show mild scuffs and flat spots. Mechanically needs adjustment. NOTE: This weapon is a National Firearms Act (NFA), fully transferable Class 3, which is registered with the Bureau of Alcohol, Tobacco, Firearms and Explosives, (BATFE) that is classified as a "Curios or Relic" as defined in 27 CFR, 478.11. These weapons are still subject to the provisions of 18 U.S.C. Chapter 44 and 27 CFR part 478. 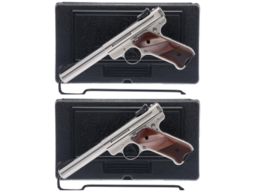 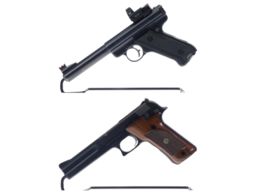 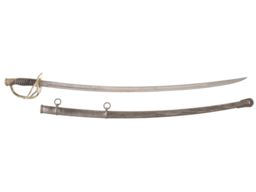 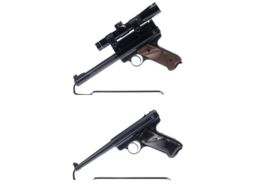 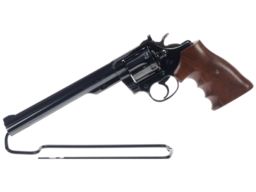 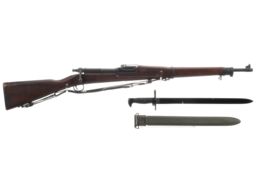