It is with great respect and honor that Rock Island Auction Co. presents U.S. Army 1st Lieutenant William L. Sullivan’s personal S&W Model 60 Revolver. Lt. Sullivan was an infantry unit commander with C Co., 2nd Battalion, 501st Infantry, 101st Airborne Division during the Vietnam War and was killed in action on the Fourth of July 1970. The provided August 12, 1970, dated US Army Support Command, Saigon directive involving the shipment of personnel effects of deceased personal to the next of kin reaffirms Lt. Sullivan’s service with the 101st Airborne as well as his ultimate sacrifice for his country. Additional information about his service comes from his obituary which states, Lt. Sullivan “was killed in action Saturday, July 4, 1970, while on a combat mission with the 101st Airborne Division in Vietnam…He graduated from the U.S. Army John F. Kennedy Center for Special Warfare (airborne) at Fort Bragg, NC, and had been in Vietnam since February.” This pistol traveled with Lt. Sullivan to Vietnam as the included ATF Form 6 directs that a Model 60 Revolver belonging to Lt. Sullivan to be imported from the USA Personal Property Depot, Saigon, to the U.S. and returned to his widow living in Colorado in late July 1970, less than a month after his death. The 101st was deployed to South Vietnam in 1967. The division included the 1st and 2nd Battalions of the 501st. By the end to the war, the 101st participated in 12 campaigns. At the time of Lt. Sullivan’s death, the 2nd Battalion, 501st was participating in the Battle of Fire Support Base Ripcord, a 23 day siege that started on July 1, 1970. Lt. Sullivan was killed on July 4th. His cause of death was recorded as “died through hostile action, explosive device,” and the location of this death was recorded at “Ridge SE Fr Hill 902 Vic Fsb Ripcord, South Vietnam, Thua Thien province.” He was only 27 years old. The Battle of Fire Support Base Ripcord lasted 23 days and was the last major confrontation between U.S. ground forces and the PAVN during the Vietnam War. 75 U.S. service members were killed during the course of the battle. The PAVN suffered over 400 loses. Due to heavy American causalities, U.S. officers requested volunteers from other units to join the fierce fighting. Realizing their position could not be defended, U.S. command ordered a withdrawal. Ripcord was abandoned on July 23rd and was subsequently carpet bombed by American B-52 bombers. The 23 day siege has been credited as severely crippling the PAVN’s offensive capability, thus delaying their Easter Offensive in 1972. The early "R" prefix serial number dates the revolver to 1969, the first year when the “R” prefix was assigned to the model. The accompanying original receipt for the revolver clearly shows that this gun listed by serial number was sold to Lt. Sullivan on December 10, 1969, by Richard Johnson from Lt. Sullivan's home state of Nebraska. The Model 60 was the first production stainless steel revolver manufactured by S&W. Its compact size and rust resistant properties made the Model 60 a highly sought after backup sidearm for soldiers deployed to the tropics of Eastern Asia during the Vietnam War. The demand for the revolver exceeded supply, leaving many to pay inflated prices. The right grip panel is numbered to the gun. Includes the original box, cleaning rod with wire bore brush, S&W statement of liability without registration card, and instructions. This lot is made even more personal with an included May 1970 letter with military postage free envelope addressed to Dr. Robert Ayres of Lincoln, Nebraska. The letter was handwritten by Lt. Sullivan while receiving medical treatment at the 67th Evacuation Hospital, Qui Nhon, Vietnam, for a serious infection caused by “a minor jab from some bamboo stubble (NOT a punji stake)”. Also included is a handwritten note from Lt. Sullivan’s widow stating that her husband took this Model 60 with him to Vietnam and she was now giving the revolver to Dr. Robert Ayres.

Excellent as a true survivor of the Vietnam War, showing typical flash marks on the front cylinder face, some minor handling marks, a light cylinder drag line and crisp grip checkering. Mechanically excellent. The box is exceptionally fine. This well-documented Model 60 carried in a sweltering tour in Vietnam stands as a memorial to a 501st Infantry, 101st Division unit commander who made the ultimate sacrifice on a historic battlefield and is a vivid reminder of the tragic human cost of war. 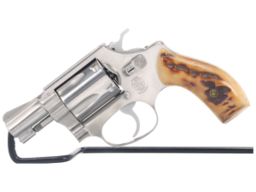 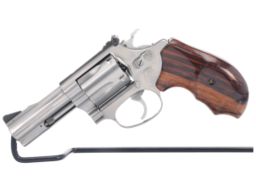 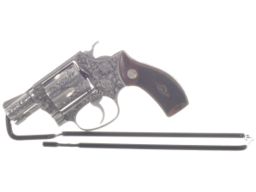 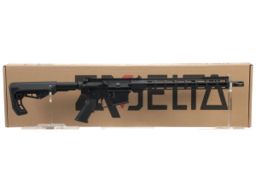 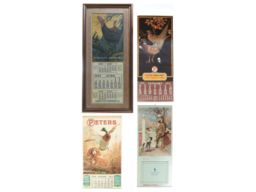 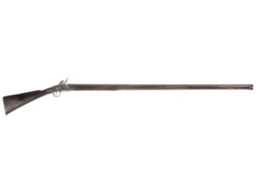