Officially adopted by the U.S. armed forces in 1990, the M9 competed and beat multiple contenders including H&K, Star, Walther, Steyr, FN, and SIG to replace the venerable M1911A1 semi-automatic pistol as the official U.S. military sidearm. This was the first real change in U.S. military sidearms in decades. This original U.S. government contract Beretta M9 semi-automatic pistol features standard markings and features. Included with the pistol is a letter describing a run of 217 M9 pistols built for the U.S. Army Reserve Pistol Team; this pistol is not mentioned by number, but matches the described features. These pistols were created as a special run to allow the pistol team to practice with civilian serialized pistols which wouldn't have to be signed out. The pistols not bought by the shooting team were sold through normal means of trade, after which the Army's lawyers made sure that they would be the only run of civilian M9 pistols with full government markings. Also included with the gun is a Beretta hard case. 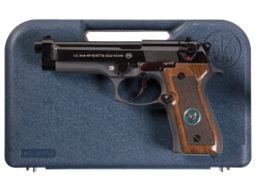 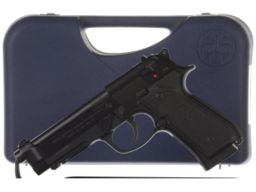 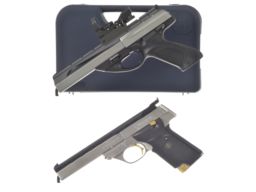 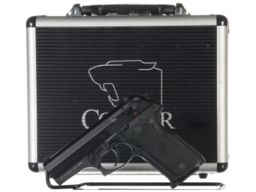 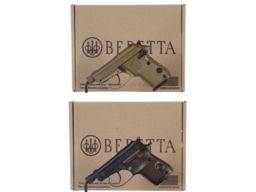 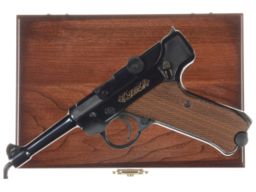