This pistol was originally manufactured in 1941-1942 as a Commercial Government Model, but before leaving the Colt factory was transferred to Colt's war time contract. It is one of 6,575 unsold Commercial Government Model frames that were transferred and in late-1942 to early-1943 had the Government Model markings and serial number crudely removed and replaced with the standard military nomenclature. They were then serialized in the 860003-867000 serial range (which includes this example), assembled, and finished to fill the government orders. The included factory letter confirms the current configuration, with grips not listed, as well as shipment to the transportation officer at Springfield Armory on 18 December 1942. It has standard markings and features of these Commercial/Military models including "G.H.D." inspection and "P" proof marks and a full blue "S" and "C-S" marked magazine. 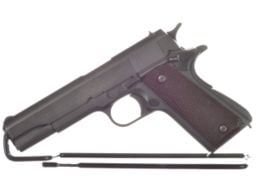 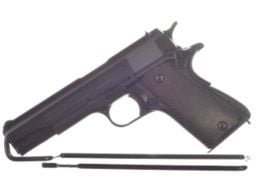 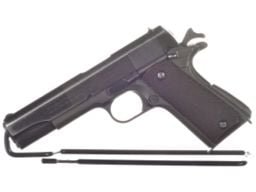 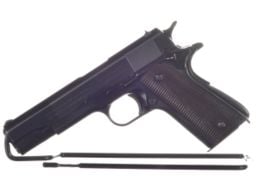 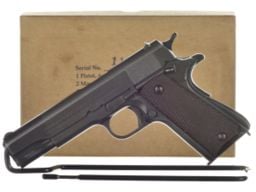 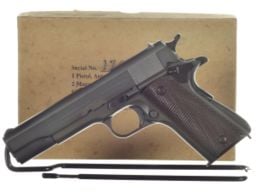