Exceptionally fine. The barrel and frame retain 80% original silver plating with a smooth dark patina on the balance. 95% of the original gold remains on the cylinder. The engraving is crisp. 90% original blue finish remains on the trigger guard. 80% original case colors remain on the hammer and trigger. The grips are very fine with a small chip at the top (left panel) and highly attractive fiery colors. Mechanically excellent. The case is fine with a few cracks, minor handling/storage marks and some typical wear on the lining. An extremely rare and L.D. Nimschke New York engraved Hartley Co. retailer cased S&W .38 Double Action 4th Model Bicycle Revolver linked to one of the most revered U.S. Presidents and his travels to South America. 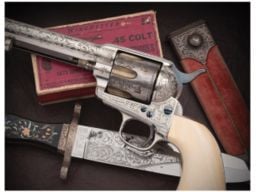 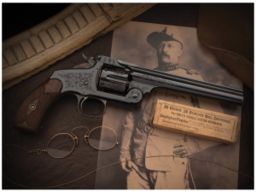 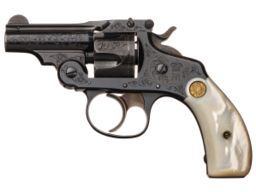 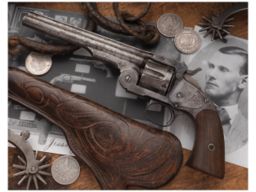 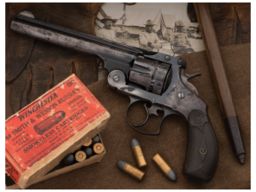 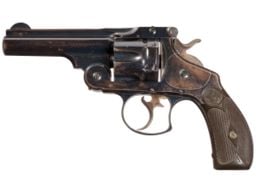